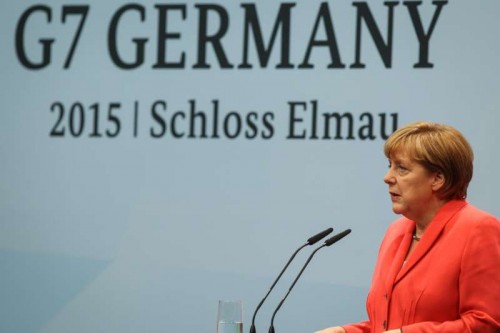 Germany refuses a further aid programme for Greece even if agreement was reached between Athens and its international lenders on a cash-for-reforms deal.

German newspaper Bild said that instead of a third aid programme, the current second aid programme could be extended and broadened with funds from other programmes such as the €10.9bn (£7.9bn) originally set aside to rescue Greek banks that was not needed.

However, this could only happen if Athens was willing to implement substantial reforms, the report said.

“We don’t want to make our people bleed just because the ones in charge in Greece are not doing their job,” the German daily quoted a member of the government as saying.

German Chancellor Angela Merkel is facing growing opposition within her own party over the granting of any further bailouts to Greece reports Sky News.

Athens’ refusal to accept further economic reforms is turning a growing minority of Ms Merkel’s own colleagues against the prospect of unlocking a final tranche of Greece’s second bailout. They are also fervently opposed to agreeing to a third aid programme.

Greece’s EU and IMF lenders have asked Athens to commit to a sell-off of state assets, enforced pension cuts and continued labour reforms.