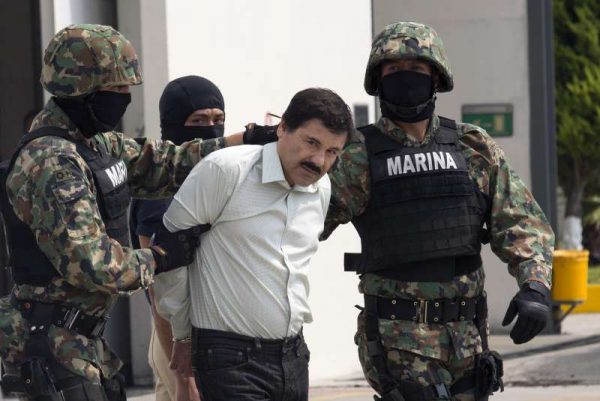 Guzman, leader of the Sinaloa drug cartel, disappeared from the maximum-security Altiplano prison outside of Mexico City on Saturday night, according to Mexico’s National Security Commission.

The drug lord was last seen by the security camera at 20:52 local time on Saturday when he was walking into the shower area of his cell. He wasn’t seen for a while, since the inside of that area is out of the range of the security camera.

When the prison guards checked his cell, Guzman was gone and they found a 10-metre-deep hole with a ladder leading to a huge tunnel, said National Security Commissioner Monte Alejandro Rubido.

The tunnel, which was 1.7 metres high was even equipped with ventilation and light facilities and its exit was in an unfinished building. Eighteen prison guards of the prison have been taken in for questioning, Xinhua cited Rubido as saying.

A search operation was immediately launched in the area around the prison.

Highways connecting the capital to other states have been closed and nearby roads were heavily patrolled with checkpoints. Flights at the Toluca airport near the prison have also been suspended, according to the commission.

It was Guzman’s second prison break in 14 years. He broke out of a prison in the Jalisco state in 2001 and was on the run for more than a decade.

When he was recaptured in 2014, Mexican President Enrique Pena Nieto had said such prison break would not happen again.

The cartel is responsible for an estimated one fourth of all illegal drugs that enter the US via Mexico. The cartel’s annual revenues may exceed $3 billion based on some estimates.