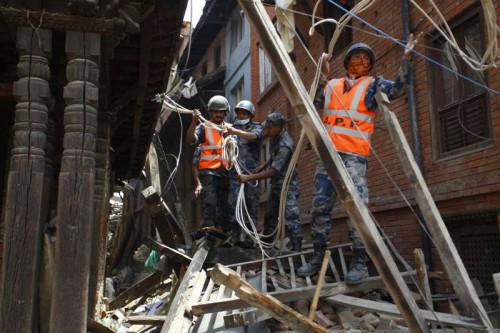 In a series of tweets, Modi said that while he appreciated those saying “Thank You PM”, “real thanks should be to our great culture which teaches us ‘Seva Parmo Dharma’.

“We must thank our armed forces, NDRF (National Disaster Response Force) teams, doctors and all those volunteers who are overcoming every obstacle to restore normalcy in Nepal,” he said.

“Mention must be made of the media. They are bravely covering the disaster from the ground. Thanks!

“We owe a big thanks to the enthusiastic youngsters who are mobilizing contributions for relief work be it cash, resources and medicines.”

Modi said the people of India “have made Nepal’s pain their own and extended all help”.