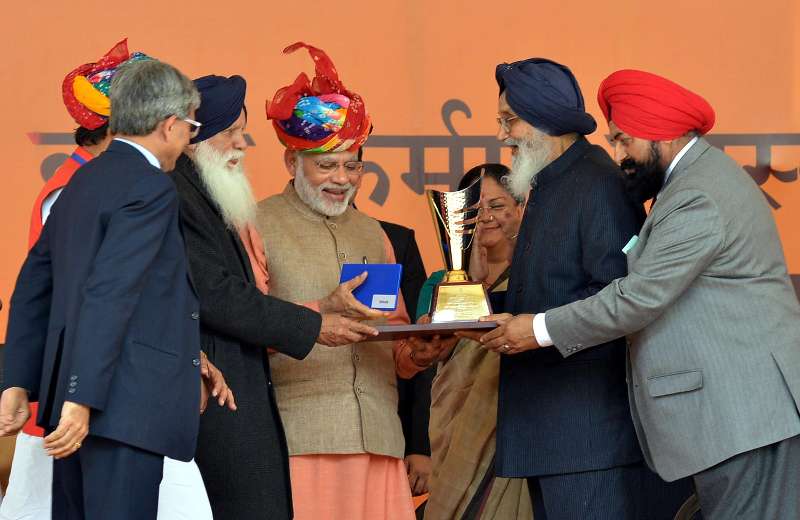 “Either it is a tongue in cheek comment by the prime minister and he really did not mean what he said, or he actually does not know what he is saying. If Mr Modi really meant so, it is an insult to the great stature of Nelson Mandela, who single-handed fought against and defeated the apartheid in South Africa,” Amarinder, the party’s deputy leader in the Lok Sabha, said in a statement here.

The former Punjab chief minister said: “Mandela spent 27 years in jail in isolation and solitary confinement fighting against apartheid, while Badal may not have spent a total of even 27 months in jail and most of the time in luxury and hospitality of the government.

“And most of the jail terms of Mr Badal were voluntary as he would always hide behind the safety and the hospitality of the government guest houses after sparking trouble in Punjab and getting people killed.”

Ridiculing the prime minister’s remarks that Badal is the “Nelson Mandela of India”, Amarinder said: “Who says our prime minister does not have a sense of humour?”

Accusing Badal of “destroying the entire social and economic fabric of Punjab”, he said: “There can be no greater insult to Mandela than comparing someone like Badal with him.”

“If Modi seriously means Badal to be the Nelson Mandela of India, then, I am sure, he might be thinking that like Mandela, he (Badal) deserves a Bharat Ratna and Nobel Peace Prize also and he should really lobby for him,” said the Congress leader.

Badal, 87, the chief minister of Punjab for the fifth time, had earlier claimed that he was the longest serving political prisoner in the world after Mandela. The claim has been disputed by state Congress leadership.