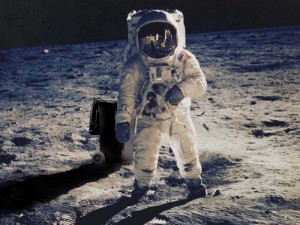 The US space agency has launched an ambitious project to hunt for signs of life beyond our solar system.

The Nexus for Exoplanet System Science (NexSS) project will not only expand the network of researchers collaborating on exoplanets but also help NASA develop missions to hunt for exoplanets in the 2020s and beyond.

It will bring together experts in earth science, planetary science, heliophysics and astrophysics together on one platform, Space.com reported.

“This inter-disciplinary endeavour connects top research teams and provides a synthesised approach in the search for planets with the greatest potential for signs of life,” Jim Green, director of NASA’s Planetary Science Division, said in a statement.

“The hunt for exoplanets is not only a priority for astronomers, it is of keen interest to planetary and climate scientists as well,” he added.

NExSS includes research teams from more than a dozen different universities and institutes.

“NExSS scientists will not only apply a systems science approach to existing exoplanet data, their work will provide a foundation for interpreting observations of exoplanets from future exoplanet missions such as TESS, JWST, and WFIRST,” added Paul Hertz, director of the astrophysics division at NASA headquarters.

At least five of these planets are similar in size to the Earth and located in the “habitable zone” where liquid water could persist.

The next step would be to detect light passing through exoplanet atmospheres, which could hold clues to conditions on these distant worlds.