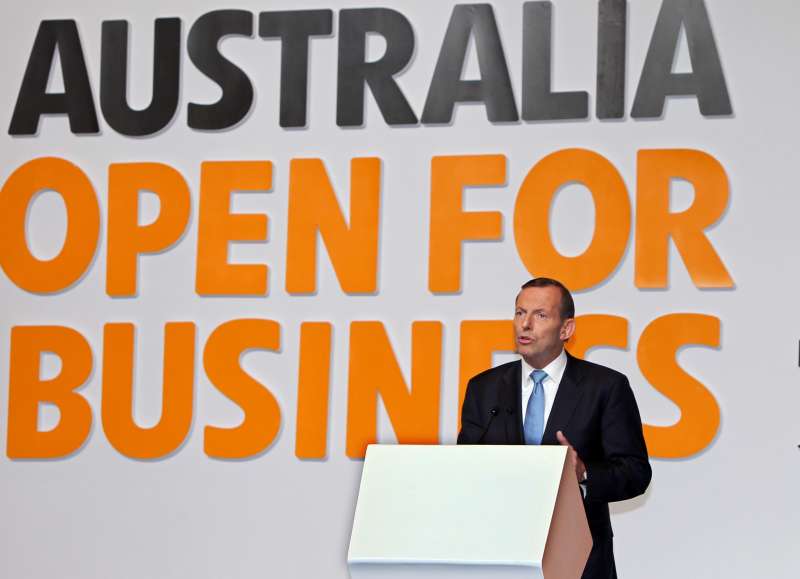 Two very important statements from Kevin Andrews, Australia’s foreign minister, and Kevin Rudd, the country’s former prime minister, have opened up the scenario of a newly developing strategic balance in the Indian Ocean and the Asia Pacific regions.

While Andrews has rued Australia’s previous decision of walking out from Malabar, a multilateral naval military exercise, because of Chinese demarche, Rudd has earnestly called for India’s inclusion in the Asia Pacific Economic Cooperation (APEC) grouping.
Both the statements indicate two very important things.

The first is India’s growing importance in the region, of course with active US support. The second is, no doubt, a considerable decrease of Chinese influence in the region. This was not so even a year ago and very few observers could anticipate it. But the defeat of Mahinda Rajapaksa, in first the Sri Lankan presidential election and then in the parliamentary election, has suddenly altered the scenario. In the power game of the region, Rajapaksa was undoubtedly China’s most strategically important ally as Sri Lanka is situated just on the threshold of the sea lanes of the Indian Ocean which ensures China’s energy supplies by connecting it with the Persian Gulf and the Strait of Hormuz. As the US has shifted the focus of its foreign policy to the Asia Pacific, the Indian Ocean has become doubly important for China.

The timing of the two Australian leaders’ statement is important. It has taken place within a very short time of Rajapaksa’s defeat. Moreover, by the middle of this month, Australia and India will undertake a joint naval exercise called AUSINDEX off the coast of Visakhapatnam in the Bay of Bengal with a pronounced emphasis on anti-submarine warfare. The two sides will put into use submarines, anti-submarine reconnaissance aircraft, frigates and tankers. The exercise will be so elaborate as to include off-shore as well as on-shore operations.

This is the first bilateral military exercise between India and Australia, which sits on the confluence of the Indian and Pacific Oceans. The message is unmistakable. The countries of the region are now prepared to militarily collaborate with each other in thwarting China’s String of Pearls theory – the building up of military bases like Gwadar in Pakistan, Kyaukpyu deep sea port and the Coco islands in Myanmar, Chittagong in Bangladesh and Hambantota and Colombo in Sri Lanka for maintaining a hegemonistic presence in the Bay of Bengal and the Indian Ocean. This was the reason behind China’s issuing a demarche to the US, Japan, Australia, India and Singapore after the Exercise Malabar in the Bay of Bengal in 2007.

So far as Exercise Malabar is concerned, China’s reactions bear marks of self- contradiction. It has taken exception whenever the exercise was multilateral and held in the Bay of Bengal. In response to China’s sensitivities, India and the US kept the exercise within a bilateral parameter and involved other nations like Japan only when the matter moved out of the Bay of Bengal. However, both the US and India have now decided to upgrade the exercise and this is likely to raise further uneasiness in Beijing. But the scale of military hardware – like guided-missile destroyers, guided-missile frigates, nuclear powered attack submarines and the like – that both the US and India have been parading since 2011 can only be described as a response to the gigantic march and modernization that the Chinese navy has undergone in recent years.

Kevin Rudd’s description of the Indian economy being worth $2 trillion and his open advocacy for increased Indian presence in the Asia-Pacific market has wider connotations. The import is not merely economic in nature but should be better viewed as an attempt to chalk out an US-India-Australia-Japan axis for overhauling the strategic map in this part of the world. Perhaps the US will never forget the discomfiture it had suffered when China had nearly elbowed Washington out of the East Asia Summit in Kuala Lumpur in 2005. The development had hurt the US so much that the then deputy secretary of state, Richard Armitage, had somberly admitted that his country was not at all doing well in its race with China for influence over the Asia Pacific region.

In the days to come Japan’s role may assume critical importance as its relation with China has almost touched the nadir. So long Beijing enjoyed so much influence that it could even line up the regional press against Tokyo. A broad section of observers even suspect Chinese hands behind the sudden spurt of Japanese war crime stories in a section of east and southeast Asian media.

It is to be seen how Japan plays its role in this changing security scenario. Whether Beijing likes it or not, India’s ascent seems inevitable as a regional player.