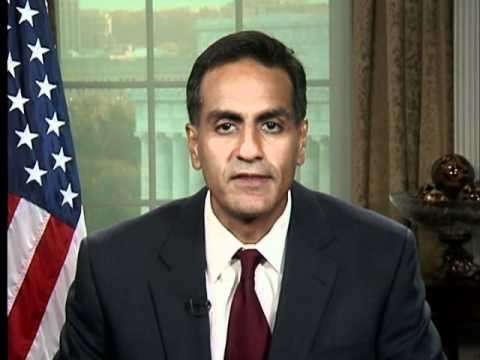 The new US ambassador, Richard Verma, arrived here . He is the first ever Indian-American to be appointed the US envoy to India.

Verma, 46, will continue the US embassy’s work in advancing the US-India strategic partnership, said a communique from the mission.

“I am honoured to serve as US ambassador to India at such an exciting time in our bilateral relationship,” he was quoted as saying.

“I look forward to meeting the Indian people and working together with the Indian government on our shared goals of security, development and prosperity,” Verma said.

The ambassador reached New Delhi ahead of the US Secretary of State John Kerry’s official visit to India this month.

President Barack Obama will arrive here later this month to attend the Republic Day parade Jan 26 as the chief guest.

Verma has replaced Nancy Powell, who resigned in March 2014 following the row over the treatment of Indian diplomat Devyani Khobragade.

Khobragade was in New York when she was arrested for visa fraud charges in December 2013, leading to bitterness in bilateral relations between the two countries.

Kathleen Stephens was the charge d’affaires at the US embassy in Powell’s absence until now.