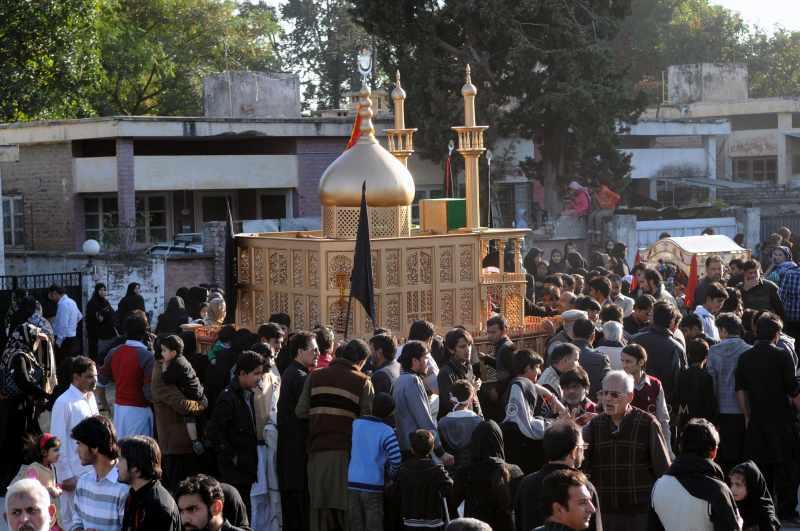 Last year, addressing a group of foreign policy analysts in New Delhi, the ambassador of Iran to India, Gholamreza Ansari, made an important admission. He admitted that Ayatullah Ruhollah Khomeini, leader of Iran’s Islamic Revolution, came from an important family of divines from Kuntoor, in the Awadh region of Uttar Pradesh, not far from Lucknow.

It was an important admission because this very fact had been denied at the time of the Iranian revolution in 1979 by the Ayatullah’s office in Gumran, outside Tehran. In fact “denial” is too emphatic a term. The fact was not denied, but Ayatullah Khomeini expressed great anger that this connection had been raised so soon after the revolution succeeded.

At the receiving end of this angry outburst was a goodwill delegation, hurriedly put together by Atal Bihari Vajpayee, then foreign minister in the Janata government led by Morarji Desai. His foreign secretary, Jagat Mehta, was even more enthusiastic to establish contacts with the new regime in Tehran.

The delegation was led by the former vice chairman of the Planning Commission, Ashoke Mehta. The impressive Shia persona of former ICS Badruddin Tayabji, with his distinctive headgear, was mobilized too. But the pièce de résistance in the group was something else: a young Shia cleric, Agha Ruhi Abaqati, scion of the family of Saiyyid Nasir Hussain Qibla, a theological scholar of great distinction. He was enlisted as the guide for the delegation.

Before returning to Iran, leading the revolution, Ayatullah Khomeini had spent years in exile, among other places, at Neauphle-le-Chateau, outside Paris. Among those who attended on him in France, was Maulana Agha Ruhi. The families of Khomeini and Abaqati are, in fact, linked by relationships.

This fact alone qualified the cleric from Lucknow to be a key player in the Vajpayee-Jagat Mehta initiative to establish links with the new regime in Tehran.

A bright Indian Foreign Service officer, First Secretary in the embassy, Kuldip Sahdev, escorted the delegation to the Gumran headquarters. But before they could be ushered into the Supreme Leader’s presence, they were halted by the leader himself, with a wave of his hand. He then gestured to Abaqati to come closer. Just when it appeared Khomeini might share a confidence with Abaqati, it dawned on everyone that the cleric from Lucknow was being given an earfull by the leader of the Islamic revolution.

During a conversation in Qom a year later, Ayatollah Montazari, nominated as deputy to Khomeini in the earlier days of the revolution, explained to me the secret of the diplomatic debacle. “It was a young, insecure revolution. We were afraid ultra nationalists might snipe at the India link.”

The ambassador’s admission was important because it demonstrated how secure the Islamic revolution now was.

The second, and more important message was one which the audience, typically, did not register. Even by the admission of the Iranian ambassador, Lucknow and Awadh have always been at the very heart of world’s Shia culture.

True, the Moghul Empire is believed to be Sunni, but that label can lead to misleading conclusions. Ayaz Amir in a recent article reminded us of something interesting: that the great Moghuls were not funless bores like the Maulanas, that some of the seminaries subsequently churned out. They were passionate, pleasure loving, large-hearted men with a delicate sense of aesthetics.

Babar barely had time to settle down but all the others leaned on Shia Saiyyids in their courts for administration and advice. The second Moghul, Humayun, had been chased out of the country by the Pathan Sher Shah Suri. Humayun found refuge in the court of the Safavid King in Isfahan and returned with an entourage of Persian craftsmen and intellectuals.

This considerable Shia influence was augmented when Emperor Jehangir increased his dependence on his Queen, Noorjehan, a strict Shia. The period he spent in Kara Manikpur in Awadh as a fugitive from his father, Akb’r’s justice, he dispensed favours and land grants to Shia Saiyyid settlements in the vicinity, increasing their cultural hold on Awadh. Shia power reached its peak with the ascent of Nawabs of Awadh in the 18th century.

Equally, who remembers the grant by the Begums of Oudh to the Shia centres of learning in Najaf and Karbala? The British continued the stipend because it enabled them keep in touch with Shia theologians in those centres. Surely New Delhi too would have found value in the connection. But is it even familiar with the Shia profile in India?

The assimilation of Indian elements in music, poetry, dance, architecture was common in the Shia courts and Sufi shrines. Both are in the direct line of fire in Pakistan where the murder of 43 in a bus in Karachi the other day has boosted the number of Shias slaughtered in the past two years to 2,000. The great poet Iqbal described a similar situation as the shadow play of day and night.