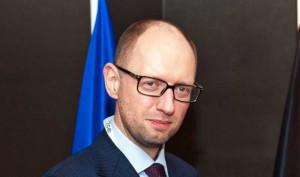 The US is now considering sending lethal aid to help the Ukrainian government to fend off attacks from pro-Russian rebels in the eastern part of Ukraine.

This assistance would come in the form of so-called “defensive lethal aid”, which could include anti-tank, anti-air and anti-mortar systems, CNN reported.

A US official said that military leadership supports defensive lethal aid being part of the discussion, but the administration is still trying to assess what reaction it could elicit from the Russian government, which the US maintains is backing rebels in eastern Ukraine, CNN reported.

In a recent interview, US President Barack Obama alluded to concern in the international community that President Vladimir Putin is further isolating Russia, and bypassing opportunities to de-escalate the conflict.

“What is absolutely true is that if you have a leader who continually rives past the off ramps that we’ve provided, given the size of the Russian military, given the fact that Ukraine is not a NATO country and so as a consequence there are clear limits in terms of what we would do militarily, you know, Putin has not been stopped so far,” Obama said.

The US official said the arms option came back to the forefront following Russian advances and weapons shipments into Ukraine in recent weeks.

But the US military leadership feels any arms shipments to Ukraine must be part of a broader package of options.

Ben Rhodes, Obama’s deputy national security adviser, said Monday that sending lethal aid to Ukraine is not a solution to the escalating situation there.

“We don’t think the answer to the crisis in Ukraine is simply to inject more weapons and get into that type of tit-for-tat with Russia,” Rhodes said.

“We think the answer is to apply pressure, try to get them to the table with the separatists so we can see a peaceful de-escalation,” Rhodes said, adding that Obama and German Chancellor Angela Merkel would likely discuss Ukraine when they meet at the White House next week.

Obama, during his interview, hedged away from the possibility of lethal aid, calling instead for a continuation of economic sanctions.

“To those who would suggest that we need to do more, what I have said to them is that we can exact higher and higher costs, and that’s exactly what we’re doing and we can bring diplomatic pressure to bear,” Obama said, adding, “I don’t think that it would be wise for the US or the world to see an actual military conflict between the US and Russia.”

But in a press conference in India, the US President seemed to leave the door open to some kinds of defensive lethal aid, saying, “I will look at all additional options that are available to us short of a military confrontation in trying to address this issue.”

On Monday, a group of former US and NATO officials released a report in which they called on the Obama administration to provide further support to the Ukrainian government, warning that failure to stop incursions in Ukraine could embolden Russia.