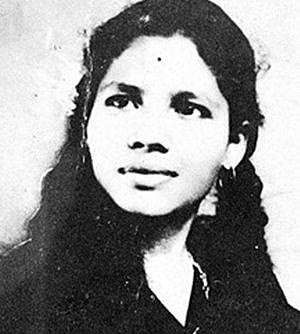 The world’s oldest comatose patient, nurse Aruna Shanbaug who had been in a vegetative state ever since she was raped and choked with a dog leash, died in Mumbai’s KEM Hospital after remaining in coma for almost 42 years, Dean Avinash Supe said.

She was in her early 60s and was deserted by most of her relatives during her lifetime. She was looked after with dedication by nurses of the hospital, where she lay in Ward No.4A.

Since nearly a week, Shanbaug suffered from pneumonia and related ailments. As she found it difficult to breathe, she was put on a ventilator and was responding to the treatment.

Hailing from Haldipur, North Kanara in Karnataka, she died around 8.30 a.m., plunging the entire hospital into a pall of gloom, especially the nursing staff who idolized her.

Supe said police permission and other formalities are being completed before finalizing Shanbaug’s last rites later.

“I appeal to all people to help us trace out any relatives or people close to Shanbaug. They can get in touch with the hospital immediately. This can avoid any issues later, though we have been her official care-givers,” Supe said. 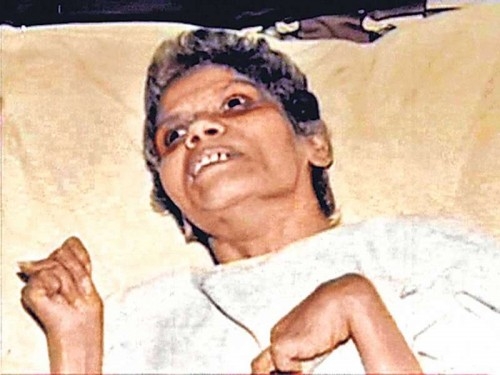 A junior nurse, Shanbaug was brutally raped by contract sweeper Sohanlal B. Walmiki in the same hospital on the night of November 27, 1973 when she was changing.

While indulging in the act, he had choked her with a dog leash that snapped oxygen supply to her brain, resulting in severe injuries to the brain stem and cervical chord that left her in a vegetative state since then.

Aged barely 20, Aruna was planning to get married to a doctor working in the same hospital.

Walmiki was subsequently arrested and convicted two serve two concurrent seven years’ sentences. He was later set free and is believed to be settled in Delhi since.

Shanbaug’s former teacher, Anant Gaitonde, remembers her as “a very intelligent nursing student” in the early 1970s at the KEM Nursing College.

“She was a bright student, always of a very helpful nature; going out of the way to help her co-students. The incident happened just when she was planning to settle down in life, both personal and professional. The crime perpetrator got away with a minor punishment, but she suffered all her life,” Gaitonde told said in a choked voice.

In January 2011, the Supreme Court took up a euthanasia petition filed on Shanbaug’s behalf by celebrity author and journalist Pinki Virani in December 2010.

Though the apex court turned down Virani’s petition in March 2011, in a landmark it permitted ‘passive euthanisia’ in India.

The Supreme Court also specified guidelines for passive euthanasia, including withdrawal of treatment or food that would allow the patient to survive.