England’s leading Asian businesses were honoured at the fourth annual English Asian Business Awards at Mercure in Manchester….reports Asian Lite News. The classy black tie event acknowledged and celebrated the accomplishments, determination and hard work of professionals and organisations from the Asian business community across England

Martyn Kendrick, area director for SME Banking in the North West, Lloyds Bank Commercial Banking, remarked: “Every year the list of nominations for the English Asian Business Awards continues to show examples of innovation and business acumen that surpass the last, and this year was no exception.

“It’s thanks to small and medium-sized businesses like these that the UK economy has managed to stand out among global economies in terms of economic growth.

“This is one of the reasons why Lloyds Banking Group has pledged to grow our lending to SMEs by at least £1 billion every year until the end of 2017, to support UK businesses and help them achieve their growth ambitions.”

There were sixteen sought after accolades awarded on the evening with the prestigious Lifetime Achievement Award won by Asif Rangoonwala. 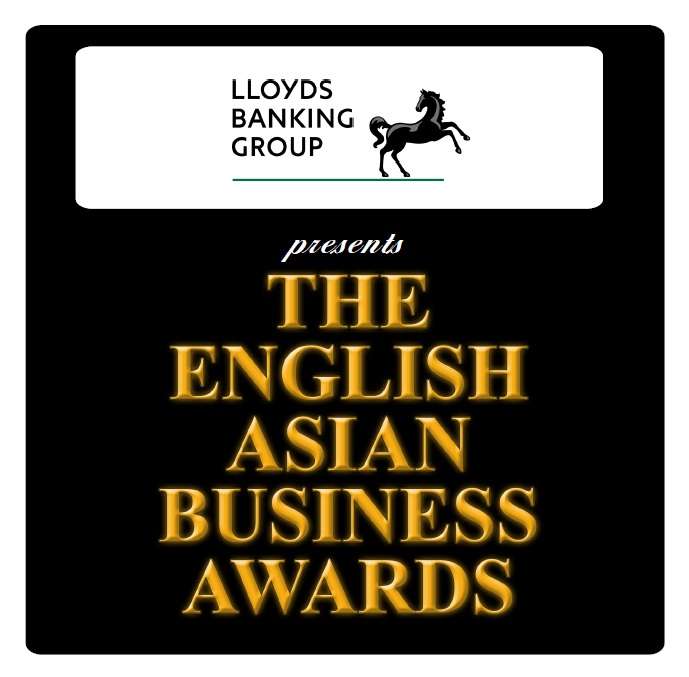 The winners of this year’s English Asian Business Awards presented by Lloyds Banking Group are:

Retail Business of the Year goes to Talk Direct (Leeds).

Online Business of the Year goes to Raishma (London).

Convenience Retailer of the Year goes to Malcom’s Store in partnership with Nisa (Coventry).

Businesswoman of the Year goes to Surekha Chouhan (Mint Security).

Entrepreneur of the Year goes to Syed Ahmed (Savortex, London).

Business of the Year goes to Akbar’s (Manchester).

Power Business of the Year went to Shana Food (Middlesex).

Apart from providing a platform for recognition of the enormous talent and success of various individuals and businesses, the English Asian Business Awards presented by Lloyds Banking group also supported an official charity partner, The Amir Khan Foundation. Over £7,000 were raised for the charity to help it achieve its aim of making a positive difference to the lives of orphans and deprived children across the world by giving them an opportunity for a better future.

Yasmin Mahmood, Operations Director of event organisers, Oceanic Consulting, commented regarding the Awards: “It was a fantastic evening and a great pleasure to be amongst some truly inspiring individuals. Congratulations to all the winners are finalist and we thank all the attendees and partners for the continuing support to grow the event year on year.”