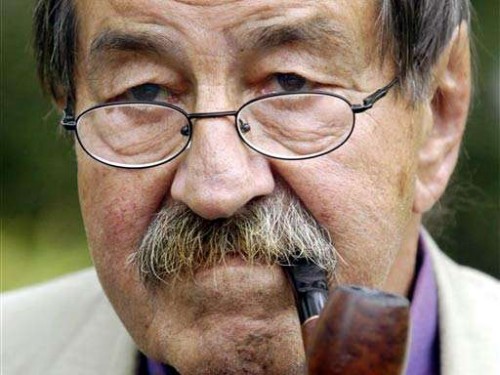 Nobel laureate Gunter Wilhelm Grass, best known for his 1959 novel “The Tin Drum”, has died in a hospital in Lubeck at the age of 87.

As an author, poet, playwright, illustrator, graphic artist and sculptor, Grass was a true giant with success in every artistic form he explored.

His association with India began in the 1980s when he joined the long list of actvists linked to the country’s peace movement and stayed predominantly in Calcutta (now Kolkata) with wife Ute from August 1986 to January 1987.

His extended sojourn in India resulted into the publishing of “Zunge Zeigen”, an allusion to Kali’s tongue, in 1988. It is a prose of approximately 90 pages, 80 drawings and a long epic poem of approximately 23 pages and is considered to to recognise Kolkata’s role as a mirror of the global conflicts between the developing and the developed world.

“This is very sad. A true giant, inspiration, and friend. Drum for him, little Oskar,” wrote India-born author Salman Rushdie on Grass’ death.

“Gunter Grass moved, enthralled, and made the people of our country think with his literature and his art,” German President Joachim Gauck said of the writer, offering his condolences to the writer’s widow. “His literary work won him recognition early across the world, as witnessed not least by his Nobel prize.”

Grass was among Germany’s most significant post-War writers. Many of his works were based on the Nazi era, describing the horrors of the era and the destruction and guilt felt after Germany’s defeat.

Praising “The Tin Drum”, which won him the prestigious Nobel for literature in 1999, the awards committee observed that it was “as if German literature had been granted a new beginning after decades of linguistic and moral destruction”.

Grass was politically engaged. He was a vocal opponent of German reunification in 1990. In 2012, his poem “What Must Be Said” sparked controversy for its strong criticism of Israel, which banned the writer from entering the country.

Grass was born in 1927 in the Free City of Danzig – now the Polish city of Gdansk – in a middle class family. He was drafted into the army in 1944 at the age of 16 and served as a tank gunner in the Waffen SS, the armed wing of Hitler’s dreaded SS paramilitary force. He wrote about it in his 2006 autobiography, “Peeling the Onion”, and had to face severe criticism.

He moved to Paris in 1956 and began working on “The Tin Drum” which told the story of Germany in the first half of the 20th century through the life of a boy who refuses to grow. The novel was adapted into an Oscar-winning film by Volker Schlondorf in 1979.

His last novel was 2002’s “Crabwalk”, which was based on the sinking of the German liner Wilhelm Gustloff in 1945. He was due to appear at a reading in Hamburg two weeks before he died of a lung infection.