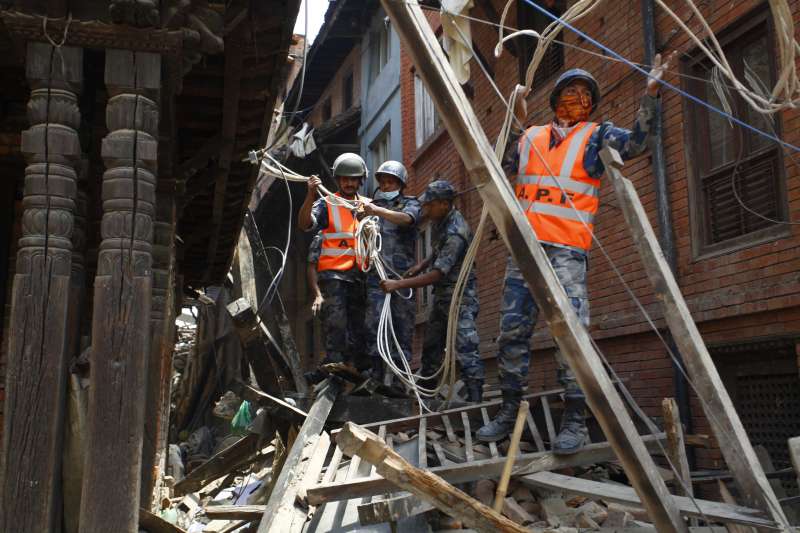 Mukesh Kumar Sehgal, managing director of Britain-based SISMO Company that is well known for its building technology, met Nepal’s Acting Ambassador to Britain, Tej Bahadur Chettri, on Friday and offered to build 1,000 quake-resistant houses in Nepal, according to the embassy.

Sehgal told Chettri that his company was experienced in building houses with new technology and if the Nepal government accepted the offer, he would start construction of houses in remote areas of Nepal that have been severely hit by the April 25 earthquake in the Himalayan nation.

“Initially we will construct temporary houses so that affected people can be relocated,” he told Chettri. “Later once debris is cleared, we will build the new settlement.”

Sehgal mentioned that his company was not promoting itself but wanted to help Nepal in this moment of crisis.

He also met Chettri in London and made the offer, said the embassy. Experts in building quake-resistant buildings would construct the houses in 90 days, he told Chettri, adding that if Nepal gave the green signal his foundation would start working from May 30. Chettri told Lohia he would consult the authorities in Nepal and revert back to him, said the statement.

Before shifting from India to Britain, Lohia’s father had run Ashok Textile in Biratnagar in Nepal, it said.

Lohia, 62, now has businesses in 24 nations. With a personal worth of $4.4 billion, Lohia is founder and chairman of Indorama Corporation, a diversified petrochemical and textile company.