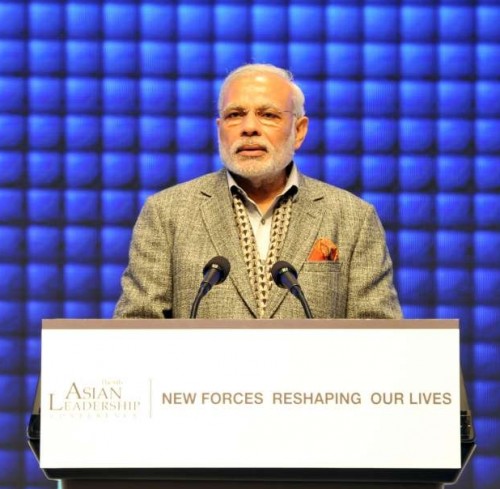 Ashok Tandon writes on the new work culture at PMO introduced by Modi for Asian Lite the largest Asian newspaper in UK.

Narendra Modi has brought about a transformation in the day-to-day functioning of the Prime Minister’s Office (PMO) in the last one year.

He has changed the work culture by introducing the practice of Kaizen, a time-tested Japanese system of ‘continuous improvement’ in quality, technology, processes, work culture, productivity, efficiency and leadership.

Modi has also tried another Japanese practice, that of Quality Management System emphasizing on regular improvement in all departments of the Prime Minister’s establishment. It has cut red-tape and made the office responsive, pro-active and effective.

The Kaizen principles involve every employee in the PMO – from Principal Secretary and all IFS, IAS & IPS officers to the subordinate functionaries. The word Kaizen means ‘continuous improvement’. It comes from the Japanese words ‘kai’ which means ‘change’ or ‘to correct’ and ‘zen’ which means ‘good’.

Everyone in the PMO has been encouraged by the prime minister to come up with suggestions on small and simple improvement. This is not a one-time, monthly or yearly exercise, but something to be practised on a regular basis.

As a response, he has been receiving a large number of suggestions from his team members. These ideas are recorded, shared, and discussed and, if found valuable and practical, are implemented by the PMO.

In most cases, these suggestions may not be ideas for major changes. Modi strongly believes in making little changes on a regular basis to improve productivity, safety and effectiveness, while reducing wastage in time and expenditure.

The staff at PMO has been urged not to limit their suggestions to any specific area of government functioning. They are motivated to come forward with proposals and ideas for making changes wherever improvements are necessary and possible.

The western world believes in the work philosophy “If it is not broken, don’t fix it.” Modi’s philosophy for good governance is “Do it better and improve it, even if it isn’t broken, because if we don’t, we can’t compete with those who do.”

The prime minister’s ideas on improvement extend even to social activities. He is applying these concepts in his personal life too.