While the limelight of the 11-hour long intense gun-battle with terrorists has been hogged by the SWAT and special units of the Punjab Police in Monday’s terror attack on Dinanagar town in Punjab’s Gurdaspur district, it was the pro-active role played by unsung heroes of this small town which saved scores of lives from the mayhem planned by the terrorists….writes Jaideep Sarin in Dinanagar, Punjab 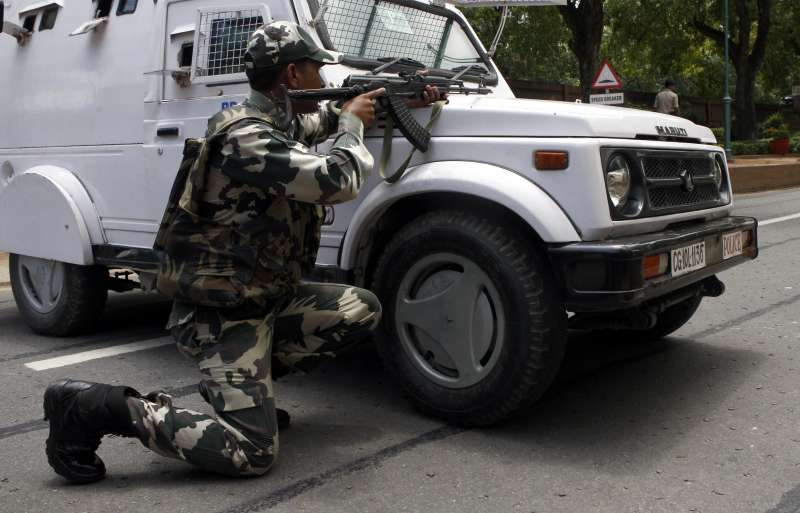 Satpal, Darshan Kumar and Nanak Chand are no ordinary people as they are the ones who saved scores of innocent lives in this Punjab town during a terror attack.

While the limelight of the 11-hour long intense gun-battle with terrorists has been hogged by the SWAT and special units of the Punjab Police in Monday’s terror attack on Dinanagar town in Punjab’s Gurdaspur district, it was the pro-active role played by unsung heroes of this small town which saved scores of lives from the mayhem planned by the terrorists.

The death toll in the terror attack could have been many more than the figure of seven, including one police officer and three home guards personnel, had these three men and their associates not shown alertness and courage.

The terrorists, who had besieged Dinanagar town from 5.30 a.m. on Monday, had planned more casualties by wiring five live bombs on the railway track on a small bridge on the Pathankot-Amritsar railway section.

A tragedy was averted as alert railway staff detected the bombs just five minutes before a train loaded with passengers was to cross the bridge, five km from here.

“I was going to get milk from nearby as I did daily. I saw something wired to the bridge. I sent a youth to inform railway staff about the suspicious things on the bridge,” Satpal, a railway gateman, said.

“The timely detection of the bombs saved many lives,” Satpal added.

Railway employee Darshan Kumar, who was told about the suspicious items on the railway bridge, immediately asked a railway keyman to run and get the passenger train stopped.

“I realised that the train had already started from the Parmanand railway station with many passengers. I asked the keyman to run and stop the train. He was able to stop it in the nick of time. Otherwise, there would have been so much damage,” said Darshan Kumar, who later went about his daily duty in his khakhi uniform.

The passenger train was carrying over 250 people and the bombs were wired to the track on a small bridge over a rivulet.

“We stopped all trains on the Pathankot-Amritsar section immediately. Four trains run on this section daily. The alertness of the staff saved several lives,” a senior railway official said.

State-run Punjab Roadways bus driver Nanak Chand was another hero of the day.

Chand had never imagined that he would come face to face with terrorists in the early hours of an otherwise normal day.

The driver did not panic even when one terrorist fired at the bus, after trying to signal it to stop. Chand instead scared the terrorist by driving towards him. The firing by the terrorist left 2-3 passengers injured with gunshot wounds.

“I saw a man in army uniform with a scarf covering his face and carrying a weapon signalling me to stop. I suspected trouble as army people don’t cover their faces. I turned the bus and sped away despite the firing,” said Nanak Chand .

The driver took the bus towards Gurdaspur town, nearly 20 km away, and stopped at the civil hospital to enable the injured to get treatment. He then informed the police about the incident.

There were over 70 passengers in the bus at that time when the incident took place around 5.30 am. The bus was on its way from Bamiyal town to Chandigarh.