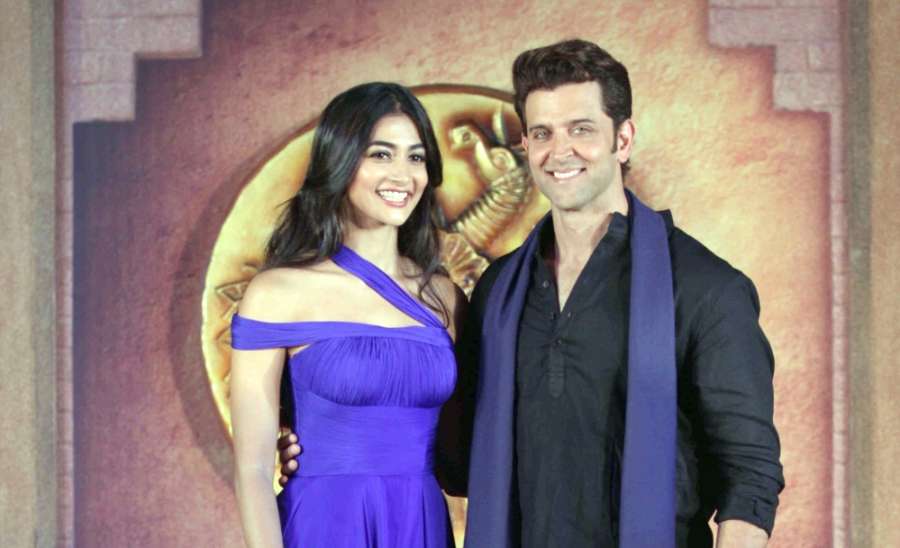 Pooja Hegde is set to make her Bollywood acting debut with “Bang Bang!” star Hrithik Roshan in the forthcoming film “Mohenjo Daro”, and the budding actress says she was nervous while sharing screen space with the heartthrob.

Did she get the jitters?

“Of course. He (Hrithik) is a really good actor. The plus-point of working with him is that … you are so involved in a scene that acting for me became easier. Since it’s my debut film I was a bit worried, but because of his level of intensity in a particular scene I was just reacting after a point rather than acting. It’s good to work with someone like that,” the former beauty queen said.

So, who broke the ice?

Hrithik answered this one.

“I broke the ice with a chalk. I fed her some chalk. She was looking for diet food and I offered her a protein bar, but it was actually a chalk that I had found on the set. She ate it up and later, I told her that it was actually chalk,” he said.

Pooja shared that the two had met during a test shoot as well.

“I think the ice broke when he (Hrithik) thought that I was from south India,” said the actress, who has featured in southern films like “Mukunda” and “Mugamoodi”.

Reminiscing about that day, Hrithik said: “I even asked her ‘When are you going back?’ She said ‘I am going back at 6 p.m.’ Then I asked ‘What time is your flight?’ She asked ‘What flight? I live in Bandra.’ I thought she lived in south India.”

Going by his expression, Pooja, who was born and brought up in Mumbai, said that he looked shocked for sure.