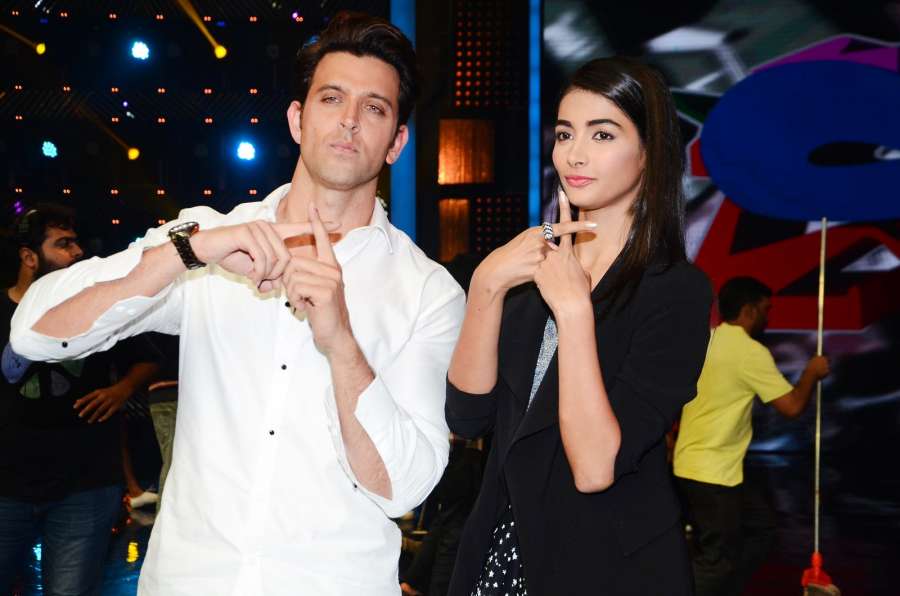 Film: “Mohenjo Daro”; Director: Ashutosh Gowariker; Cast: Hrithik Roshan, Kabir Bedi and Pooja Hegde; Rating: ****
It isn’t easy to make a film about a civilisation that existed thousands of years ago. Not when historians are breathing down your neck, waiting to pounce on the filmmaker for every mistake in dress, manner and code.

Well, in spite of the scepticism, look what Ashutosh Gowariker has done! “Mohenjo Daro” is a magnificent monument to the power of the imagination. Sure, you may have quibbles with the way some characters speak and dress — and leading lady Pooja Hedge is a problem — but nothing can take away from the imaginative powers that the filmmaker exercises over his material and resources.

Much of this film is plainly fantasy, and the director has never pretended otherwise. The film’s biggest USP — and the quality that makes its lack of legitimate historicity tolerable — is its proclivity to stretch the limits of the imagination far beyond the prescribed levels of commercial cinema. The climax showing a dam burst that wipes out an entire civilisation leaves a lasting impact in spite of some amateurish special effects.

Gowariker keeps the canvas opulent but uncluttured. Unlike “Jodhaa Akbar” – his other remarkable collaborative effort with Hrithik Roshan – the director doesn’t film awe-inspiring battle scenes with horses and elephants and shots of massive crowds swooping down on the frames. Here, the frames are minimal, biblical in their austerity and yet lavish and eyecatching.

The city of Mohenjo Daro is constructed with an astonishing attention to detail. The structures are symmetrical, authentic and habitable. Apart from the debutante heroine’s florid sartorial flourishes, the characters are dressed in believable clothes. One can see Hrithik and the other characters’ clothes are made of handwoven fabric and are hand-stitched.

These details which go a long way in ensuring periodicity, could easily be missed by eyes that look only for faults and aberrations. Try letting go. Just float with Gowariker’s elemental emotions brought to life through vivid images framed by cinematographer C. K. Muraleedharan to represent a heightened level of sensuality in a world where innocence dominated and overruled self interest.

The film is essentially one man’s battle to reinstate democracy in the city of Mohenjo Daro run by a tyrannical despot. Hrithik and Kabir Bedi are compelling in the two main roles; together and apart they exude an implosive immediacy in every frame. Besides the two powerful actors, there are remarkable performances by Arunodoy Singh and Manish Chowdhary in roles that are marginal but well etched and skilfully performed.

But the film is finally a one-man show. Hrithik towers over the proceedings as only he can. His hero Sarman is just a commoner landed with the job of saving a people from a cruel and selfish despot. The political parable is perched neatly on Hrithik’s shoulder. He carries Sarman’s sermons easily on his personality never allowing the role to be burdened by self-importance.

And Hrithik dances like a dream even when choreographer Raju Khan has invented some truly unique steps that could have easily looked clumsy and weird on a less accomplished dancer.

“Mohenjo Daro” sees him in robust form. The same goes for Gowariker who furnishes the intangible nooks of a lost civilisation with remarkable believability. Don’t believe what the cynics say. See the film for its sincerity, passion and the dedication to recreate an era and aura long gone and irretrievable.