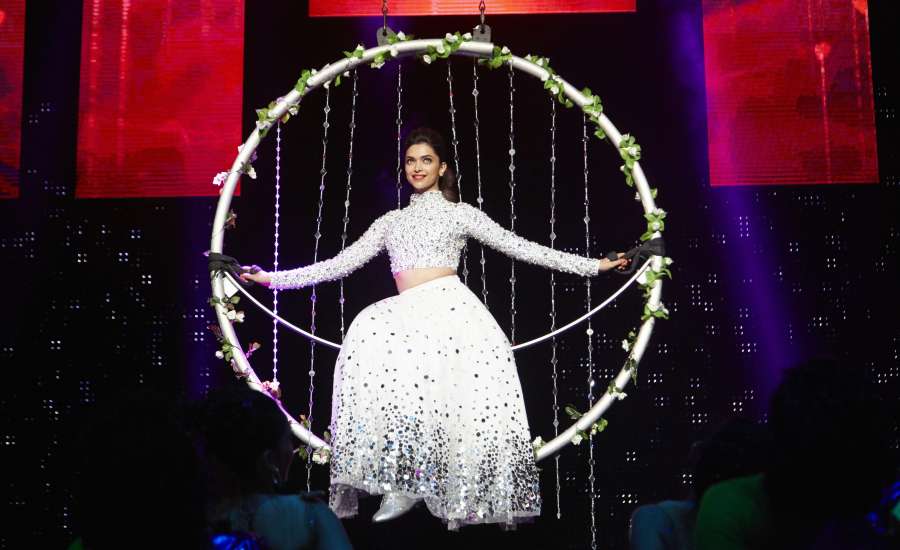 Deepika, who stole hearts with her debut film “Om Shanti Om” and later went on to do path-breaking roles in films like “Cocktail”, “Goliyon Ki Raasleela Ram-Leela”, “Bajirao Mastani” and “Piku”, is currently seen in Britannia Good Day’s new campaign — “Smile More for a Good Day”, in which she urges Indians to smile more .

She says that she tries to spread smiles thorugh her films too.

“Well, I think as an actor the intention always is to be part of a good script and characters that hopefully live on for many, many years,” the actress told IANS in an exclusive email interview from Mumbai.

She also says that it’s not necessary for all the films to have a happy ending, but as an actress, she tries to create a positive impact on society through her films.

“Hopefully, you get the opportunity to be a part of films that have iconic characters. So, one can’t always guarantee what the end is going to be like. I think the end of a film obviously always depends on the story and the situation. But, yes, somewhere you try and do meaningful films, you try and do films that kind of have a positive impact on society or at least have that feel-good factor.

“But I think it is difficult to generalise and say that every film will be a happy ending kind of a film. But, yes, I think the intention of choosing my films at the end of the day, of course, and obviously is to be able to entertain the audience but at the same time be able to stir some emotions within them and hopefully leave behind films and characters that people will remember for a lifetime,” she added.

Deepika made her foray into Bollywood in 2007 but much before that, she was a successful model and had endless endorsement deals to her credit. The actress won awards for many of her roles too.

She, however, says her journey in the industry has not been easy.

“I think it has been a very, very exciting journey. I think I have been able to live my passion and my dream. It has definitely not been an easy journey… there have been a lot of ups and downs professionally and personally. But, like I always say, every experience teaches you something. Every film, every human interaction, everything in life teaches you something. So, it has been an amazing journey, a very exciting one and I feel extremely fortunate to be in a business that has the ability to impact people’s lives in such a strong way,” she said.

The actress, who also set an example for women of all age groups when she discussed how she battled depression in her life, says she is someone who doesn’t let negative things affect her.

“I have always believed that everything in life is how you take it or your perspective of a certain situation, and I think that I have always been someone who tries to not let negative things influence you in a bad way; but at the same time it is also about how you use these bad times to make you a better person.

“I always believe that for all of us, in all our careers and lives, (there are) always going to be… ups and downs, but I think if you really reflect, there is an opportunity to kind of learn from those experiences which will eventually help you become a better person,” she said.

With so much of acclaim, the actress doesn’t forget to thank “the amazing people around me”.

“Well, I would credit this success to a lot of people but I would also credit a lot of that success to myself. And I say that because whatever I have achieved in the last couple of years has not fallen in my lap.

“It is something that I have worked extremely hard towards. It requires a lot of focus and dedication, a lot of commitment, a lot of sacrifices, so I value every bit of what I have achieved today. And, yes, it would not have been possible without the amazing support of my family and my team that allows me to go out there and focus on my work and give my best and be my strength in good times and in bad times,” she said.