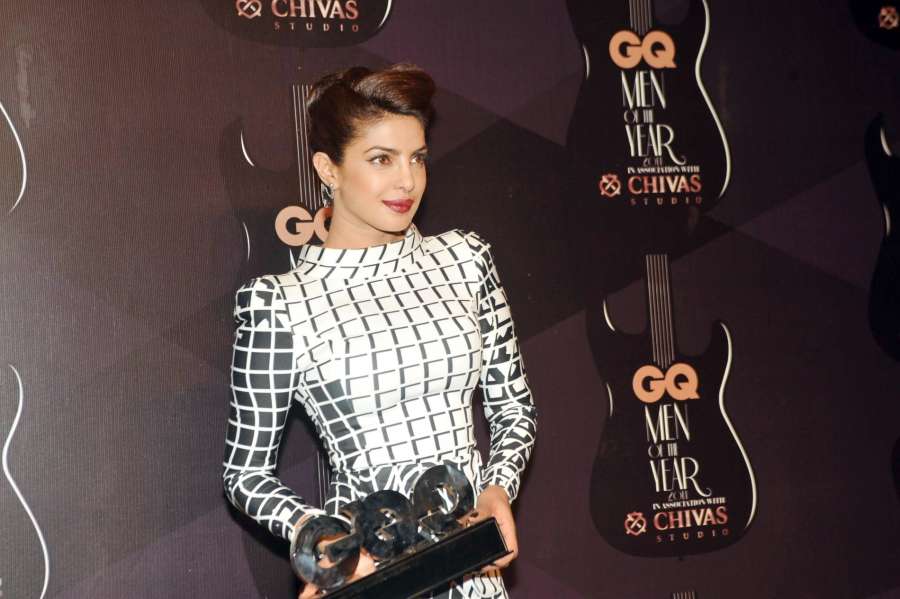 Indian actress Priyanka Chopra, who features in American TV series “Quantico”, says she has been always “apolitical” but finds it “extremely cool” that there is a female presidential candidate for the US though its sad that this is considered “progressive”.

In an interview to Suketu Mehta for Conde Nast Traveller India’s October 2016 issue, Priyanka was asked if she thinks the US is as open a country, even in the age of Donald Trump and if she is a Hillary Clinton supporter.

The former Miss World said: “I’ve always been apolitical. I’m an Indian and I don’t have a dog in this fight. I do have opinions, though, definitely.

“Well, it’s extremely cool that the US has a female Presidential candidate and it’s extremely sad that in 2016, we find that progressive because we’ve had such few female leaders globally,” added the actress.

Priyanka, who juggles between her professional life in India and the US, considers herself a nomad.

She spends a lot of time up in the air traveling between the two countries — and for her, it’s her favourite time.

“I use it to sleep, especially on the 16-hour Mumbai-Los Angeles flight. You can sleep eight hours and still have eight hours when you wake up.

“I read scripts and decide what films I’m going to do. And I usually land and head straight to work,” Priyanka said and added that she has nine passports as she is on at least six flights a month.

Which city would she pick as home — Mumbai, New York or Los Angeles?

“I’m more of a West Coast kind of girl. I like the chill of LA. But I’m a nomad. And look at the world we live in today, we can literally get on a plane, go somewhere for five hours, have lunch, and come back.

“Why do you have to commit? I have commitment issues anyway,” quipped the National Award winner, who even said that her “weird, ostentatious dreams” include owning a plane.

The magazine featuring Priyanka’s interview will be out on stands on October 15.

The actress is currently busy shooting for the second season of “Quantico” in New York, and is yet to announce her next Bollywood project post the success of “Bajirao Mastani”.

On the Hollywood front, she is gearing up for her debut through “Baywatch”.