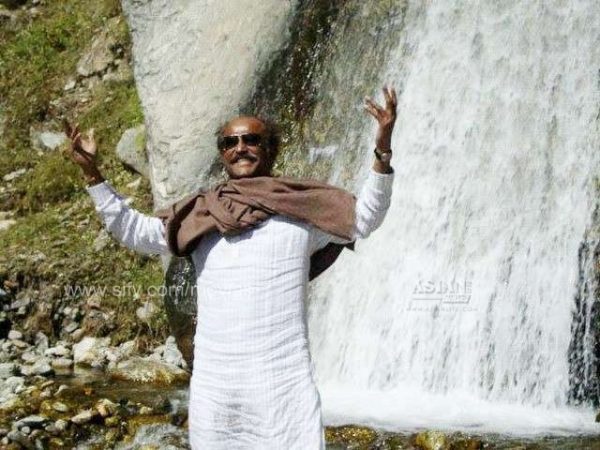 Superstar Rajinikanth’s “Kabali” has grossed over Rs 40 crore at the Indian box office, beating Salman Khan starrer Bollywood drama “Sultan” to emerge as the highest grossing Indian film on the opening day, according to estimates by trade pundits.

“Salman’s ‘Sultan’ minted Rs 36.5 crore from the domestic box office as opposed to Rs 48 crore of ‘Kabali’. Despite mixed reviews, ‘Kabali’ managed to rake in the moolah because it was released in three languages,” a leading producer-distributor told IANS, unwilling to give his name.

An action-packed directorial by Pa Ranjith, “Kabali” features 65-year-old megastar Rajinikanth as a gangster who takes a shot at redemption and how he fights for equal pay rights for Tamils in Malaysia.

It released on Friday in Tamil, and was also dubbed in Hindi and Telugu apart from other languages.

“In Tamil Nadu, ‘Kabali’ collected a whopping Rs 21.5 crore from its first day. Since the film was exempted from entertainment tax, it managed to register such a big opening,” trade analyst Trinath told IANS.

In Andhra Pradesh and Telangana, the Telugu dubbed version also got a good start.

“The start has been phenomenal with Rs 13.5 crore. It has to be seen whether the film can sustain the momentum through the first week. It was due to the unprecedented advance bookings and Rajinikanth factor, the film managed to register good opening,” Trinath said.

Rajesh Thadani, a Mumbai-based distributor, said: “The film has made an outstanding first day collection of around Rs 48 crore. But since the review is not that great, there will be a drop in its collection from Monday.”

The movie, which had reportedly minted Rs 200 crore from its pre-release business, is also on a winning spree in North America.

From premiere shows alone, the film has collected $2 million from the US and Canada markets — where it released in over 400 screens — according to distribution company CineGalaxy Inc.

“It is easily the best opening for an Indian film from premiere shows in North America. The film has collected $2 million from the premiere shows and it includes both the Tamil and Telugu version of ‘Kabali’,” Sanjay Dusari, Co-Founder of CineGalaxy Inc, told IANS.

Mumbai-based trade analyst Taran Adarsh tweeted: “If this is not EARTH-SHATTERING, what is? Kabali (Tamil+Telugu) opening in international markets – Malaysia: No. 1 (Thursday+Friday), US-Canada: No. 3 (Thursday pre), UK: No. 10 (Thursday+Friday) @Rentrak.”

The figures shared by Adarsh were credited to Rentrak, a US-based firm which tracks at least 100,000 screens across 36 countries.

The Indian box office figures are largely based on estimation from trade analysts for the lack of a centralised system or authentic regional systems.

“Kabali” also stars actors like Radhika Apte, Kishore, Dinesh, Dhansikaa, Kalaiarasan and Winston Chao. The film did not open to rave reviews on Friday, however, that didn’t dampen the spirit of Rajinikanth’s fans to celebrate the release of their cinema icon’s latest movie.

Tens of thousands thronged theatres across India on Friday, with diehard fans doing the ‘Lungi Dance’ to the beats of dhol in Tamil Nadu, where some offices had even declared a holiday. The Rajinikanth fever was also felt in parts of Mumbai, Bengaluru, Kolkata, Kerala and even in Delhi.