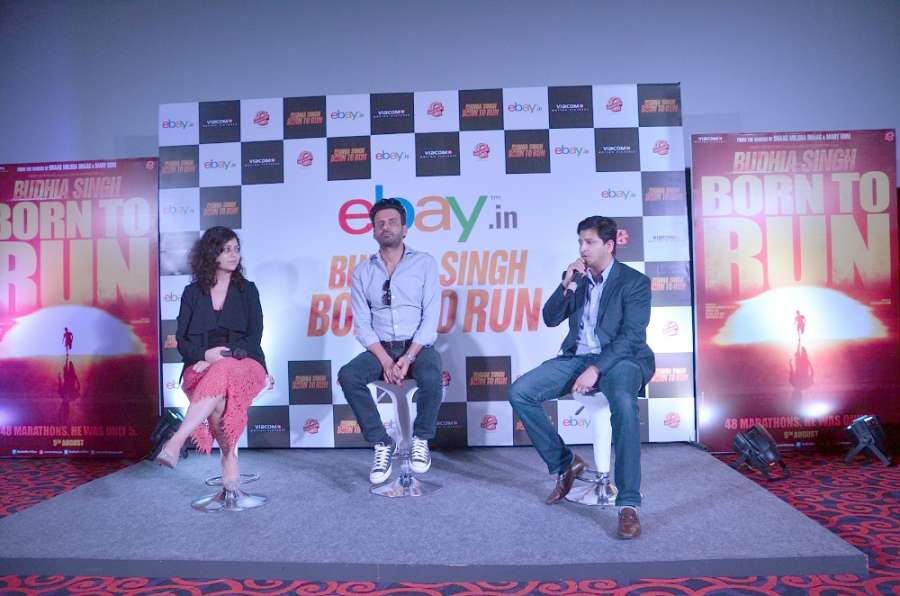 The actor, whose next film “Budhia Singh – Born To Run” is releasing on Friday, said he has no qualms in acting in any kind of film as long as it has a “good script”.

Asked why he doesn’t feature much in commercial Hindi films, Manoj said: “I don’t think that commercial filmmakers have suitable roles for me. The day they have them, they will definitely offer them to me.

“But I don’t think that they see a role like that for me in films. I have no qualms in doing any type of films but I would definitely want a good script and role.”

The 47-year-old star, in his over two-decade-long journey in Hindi filmdom, has worked in critically acclaimed films like “Satya”, “Kaun”, “Zubeidaa”, “Pinjar”, “Gangs of Wasseypur”, “Aligarh” and “Traffic”.

Why don’t critically acclaimed films make it as big as commercial films at the box office?

“The media should focus on the goodness and story of a film and leave the box office numbers to those who know about it. And talking about the kind of films I do, they don’t make Rs 200-250 crore, but the producer doesn’t suffer any losses. We enjoy and feel satisfied making such films… That is what we want,” the “Shool” star said.

A versatile actor, Manoj’s most recent power-packed performance was as a gay professor, Ramchandra Siras, in Hansal Mehta’s biographical drama “Aligarh”. He also impressed his fans and critics with his portrayal of a character named Sapan in Shirish Kunder’s short film “Kriti”.

Asked if he would like to play more negative characters onscreen, Manoj said: “For me, there is no positive or negative… Roles are either good or bad. I always look out for good roles. Short films like ‘Kriti’ or ‘Taandav’ give me an opportunity to perform differently in front of the audience.”

And for the future too, he promises to keep bringing varied characters alive.

“You will see different roles and characters in my future films… I don’t understand these positive and negative characters,” he added.

In “Budhia Singh – Born to Run”, the actor will be seen essaying the real life character of Biranchi Das, who coached a boy named Budhia to run the marathon.

“I have played a mentor in the film. I think every child needs a person like Biranchi Das, who recognises the talents of small children and takes it forward in life and pushes them towards their dream.”

Budhia had catapulted into the limelight as a four-year-old after running a record-breaking 65 km from Puri to Bhubaneswar in 2006, in seven hours and two minutes and securing a place in the Limca Book of Records. He has now faded into obscurity, complaining that his current coach wants him to run shorter distances and not the marathon.

The Hindi movie “Duronto” on his life created an impact at the 63rd National Film Awards and was cited as the best children’s film of 2015.

The “Chakravyuh” star says the life and struggle of Biranchi Das and Budhia “is very inspirational and a lot can be learnt from it”.

“The film is not just for a particular section of people, but for all the schools, students, teachers and parents for recognising their children’s talent and how to take it forward,” he said.