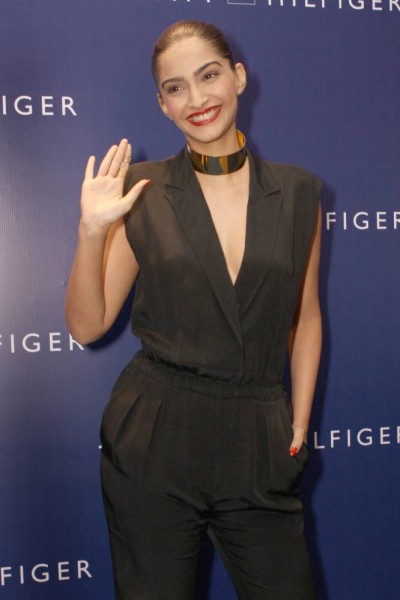 Bollywood actress Sonam Kapoor, who is playing the role of an air hostess in “Neerja”, says that her respect towards the profession has increased ever since she has worked on the Ram Madhvani directorial.

“Neerja” is a biopic on the late Neerja Bhanot who lost her life while saving others on a hijacked plane. She was awarded the Ashok Chakra for saving several hundred lives as an air hostess on the hijacked Pan Am Flight 73 in 1986.

Sonam feels that playing the character has changed her perception towards women who take up the job of an air hostess.

“I never thought of becoming an air hostess. But I was getting trained for this film and I must say that the respect I had for air hostesses has increased a lot now,” Sonam said during an appearance on TV show “Yaar Mera Superstar”.

“I realised that the 60 percent training is for safety and emergency. There is a hijack training, safety training and being in the service industry ,you really feel that you have a duty towards your clients and guests.”

“So, I really want to tell people to listen to what the flight attendants say and follow the instructions because they know what they are doing,” she added.

Currently busy promoting “Neerja” which will release on Friday, Sonam often takes flights. She says she loves flying because that is when she can cut off from everything.

“I can watch movies, read a book and enjoy the flight. I don’t have to take calls or respond to SMS. That’s the time when you can relax. More so, if you see the statistics, you are more likely to get killed while crossing the road than taking a flight,” she said.

“Neerja” also stars Shabana Azmi and Shekhar Ravjiani among others.