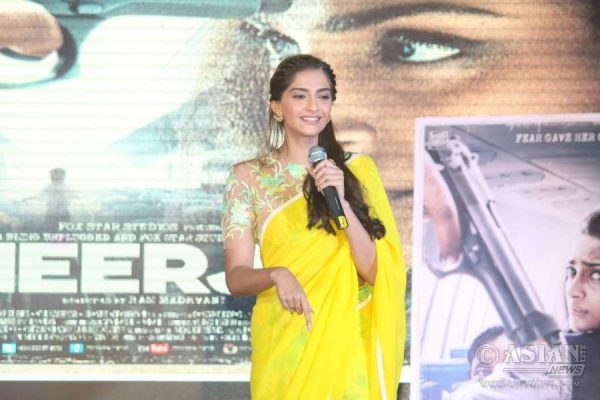 Actress Sonam Kapoor says that she is a director’s actor and that her performance – good or bad – depends on the director.

With regular screening of her upcoming venture “Neerja” conducted for the industry, Sonam, asked which compliment there she liked the most, replied: ” (Of) My director (Ram Madhvani). I ask him everyday, ‘Ram I was okay na’, ‘I am fine right’. I am a director’s actor. If my director is satisfied, then for me the job is well done. At the end of the day, If I’m doing good work, it’s because of the director and if I do poor work, it is because of the director.”

Present at a screening for the flight attendants of Indigo Airliness, she said that she personally went through training of a flight attendant to portray the character based on Neerja Bhanot’s life, and said that about 60 per cent of the training is for the safety purposes and the rest for the services aspects.

Sonam had recently tweeted that she was disheartened that the film won’t release in Pakistan, considering the fact that the country was the first to award Neerja the Tamgha-e-Insaniyat for bravery. Sonam’s mother in the film, Shabana Azmi also had said Pakistan wasn’t shown in poor light.

Sonam reiterated the same. “It’s very unfortunate, because they haven’t let the film reach the censor board for it to be approved or disapproved. They haven’t even given us that leeway. I hope people around the world watch the film, and realize that we have treated everyone fairly, in fact we have shown Pakistan in great light.

“The whole point of ‘Neerja’ is that it is a triumph of human spirit and humanity. She did not differentiate between a Hindu, Muslim, an Indian or Pakistani or American, she saved lives irrespective of those factors. I beseech them to give it a chance, just see the film. I pray that it reaches out, because the film is made for people.”

The social campaign “Fear vs Neerja” has also got support from the industry and Sonam is grateful and said that she has pinned Salman Khan’s message on her Twitter profile. The film released on February 19.