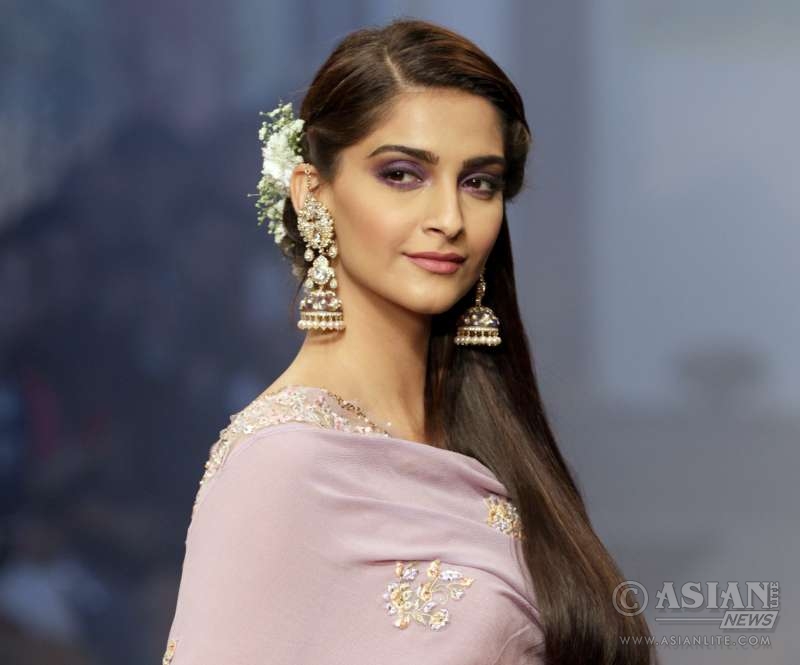 Actress Sonam Kapoor says the makers of her forthcoming film “Neerja” are not trying to sell the film to the audience, but only intend to inspiring people with the story of Neerja Bhanot, who lost her life while saving others on a hijacked flight.

On Friday, Sonam visited St. Xavier’s College, where Neerja studied, and unveiled a stone plaque featuring Neerja’s name and details of her achievements. The stone will adorn a wall of the institute.

Talking about it, Sonam said: “I’m so glad that Xavier’s has given us this opportunity and given her this amazing honour of always being on the walls on this institution.”

Neerja was awarded the Ashok Chakra for saving several hundred lives as an air hostess on the hijacked Pan Am Flight 73 in 1986, eventually losing her life in the battle with hijackers.

The actress said the makers based their promotional strategy also on the idea of inspiring the youth.

“That’s why we are going to colleges and speaking about brave people. It is unconventional, and we don’t know how it’s going to get translated. But we’re trying to do something different and new, so that it’s about her as opposed to us just selling the film,” said Sonam.

The actress added: “The film is for young people, to inspire the future of India, to say that we can all be heroes. I talk a lot about myself, but now it’s important to talk about Neerja and the values she stood for. A lot of people are understanding that and seeing that. I hope everybody recognises what we’re trying to portray.”

What inspiration did Sonam take from Neerja?

“That all of us have a hero in us. She was an ordinary girl, she did her duty and she understood what is the best part of her, and she explored that and saved 359 lives. If you do what you think is right for you to do for other people, anybody can be a hero.”