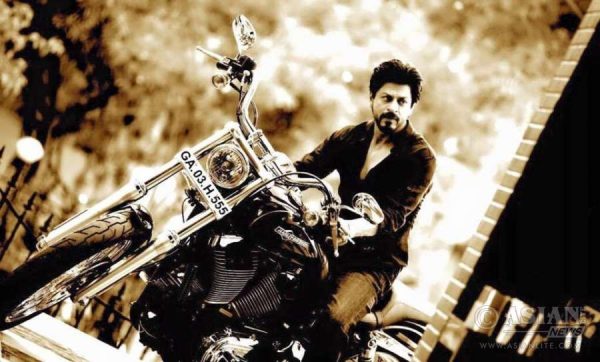 Superstar Shah Rukh Khan believes Indian cinema is “changing fast” thanks to young actor and actresses and asserts that it will be a while before international cinema can give competition to it.

In an interview with CNN, SRK, who has given hits like “Baazigar”, “Dilwale Dulhania Le Jayenge”, “Kabhi Khushi Kabhie Gham…”, “Dil To Pagal Hai” and “Chak De!”, also said that the reason for this is “stardom”.

According to him, there is a “huge balance of stardom” in the country.

“Quentin Tarantino said the reason for local movies to survive is stardom. There is still a huge balance of stardom in this country, if it is a director, an actor or an actress. It is like watching a football match because you want to see stars or an NBA game…” he added.

The “Dilwale” actor quipped that unless Hollywood films have six songs, they are not competing with Indian films.

Shah Rukh, who has been active in Hindi films for over two decades and has featured in more than 80 films and won the tag of “superstar”, says that India is the “only country where local cinema does better than international cinema”.

“I have always had this worry, if I may say so, that if we are not able to change our cinema quickly enough, then we would be kind of overtaken, like Hollywood has. Principle movies all over the world are Hollywood films,” the 50-year-old said.

About the incident when he was detained at the New York airport for over two hours by immigration officials nearly four years ago, SRK said it “just was very uncomfortable”.

“To land up somewhere and getting stuck in an airport for 2-3 hours for no reason at all. God forbid if there was a problem in India, I would be the first to say that we have to strengthen our security. One has to see it in a larger context, it’s a sign of the times.”

“The world is that kind of place… you cannot hold grudges against people. We have to live with it and and just be prepared for some of this stuff,” he added.

The actor is now gearing up for the release of his film “Fan”, where he essays the role of a fan obsessed with a reigning superstar, and travels to Mumbai to meet the actor.