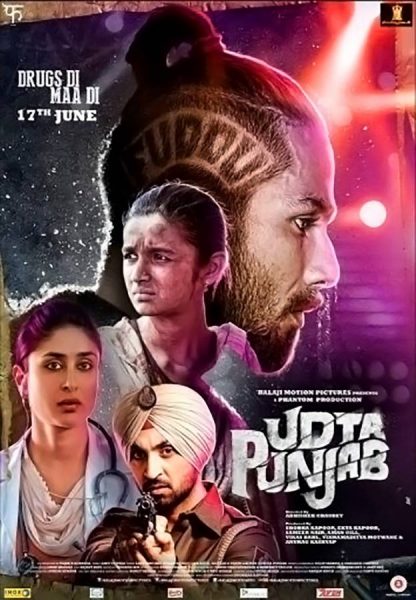 “Udta Punjab” has been granted an ‘A’ certificate with 13 cuts, said censor board chief Pahlaj Nihalani, adding that the film’s makers were never asked to drop Punjab from the title.

“‘Udta Punjab’ has been passed with an A certificate (restricted for adult audience)… We have given it 13 cuts,” Nihalani told reporters.

He said now the ball is in the producers’ court.

“Whether they are going to the court or tribunal, and what decision is the court giving, that’s for them to see. The producer claimed that we had asked for change in the title, but we never asked them for it.”

“The producer went to the media for publicity,” he added.

Co-produced by Phantom Films — one of whose owners is filmmaker Anurag Kashyap — and Balaji Motion Pictures — “Udta Punjab” is a film on the drug menace in Punjab.

The Abhishek Chaubey directorial is scheduled to release on June 17.

The film has been in news ever since it came to light that the Central Board of Film Certification (CBFC) had demanded 89 cuts. Kashyap then condemned Nihalani for his dictatorial ways.

The revising committee later brought down the cuts to 13.

The producers moved the Bombay High Court, which is due to give its verdict later on Monday.