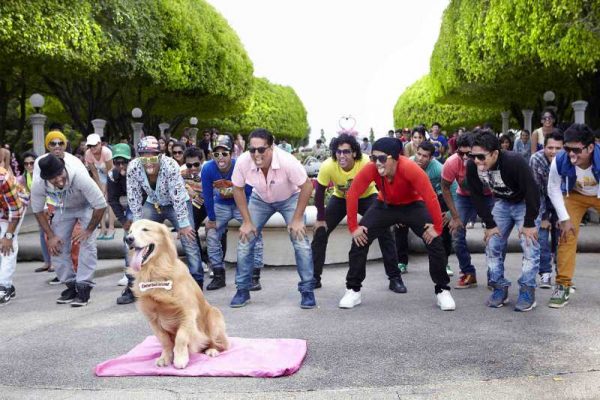 With many Bollywood films being increasingly shot abroad, a small picturesque Canadian town on the Vancouver Island has joined the race to woo Indian filmmakers.

“We would love Bollywood to come here to shoot films. We offer what no other place offers in terms of scenic beauty, pristine harbour and coastline, mild climate, golf courses, snow-clad mountains, best seafood in the world and locally brewed beers,” says Paul Ives, the mayor of Comox town which is attracting tourists from around the world these days for its annual British Columbia Shellfish and Seafood Festival.

Though many Hindi and Punjabi films have been shot in Vancouver and Toronto in recent years, the mayor says Comox and the surrounding Comox Valley – just a half-hour flight from Vancouver – are ready to roll the welcome carpet for Bollywood and Indian tourists.

“I would love to go to India as part of any Canadian trade mission to woo Bollywood to come and shoot in Comox,” says the mayor.

“Tourism from India to Canada is picking up rapidly. But most of these visitors travel only to Vancouver and many surrounding areas, including the world-famous ski resort of Whistler. We are trying to get them here and they will love the Comox Valley,” says Brent Curtain, the marketing manager for tourism and development for the Comox Valley.

Curtain, who has visited Manali, Dharmshala and many other places in India, says his town is aiming to target well-off Indian tourists who now choose destinations in Europe, Singapore, Australia and New Zealand.

“Comox offers much more than other destinations to tourists. Seafood is our unique selling point. We have the world’s best salmon. In terms of accommodation, there is no problem for budget tourists and Bollywood celebrities,” says Curtain.

Whale-watching in the ocean is the unique selling point of his town, he says.

“Moreover, tourists try their hand at gold-panning and experience the life of the native Indians, including their smoked salmon and tradition bread called bannock. Chinese tourists love this experience and we would love for Indians also to come here to enjoy this unparalleled experience,” says East.

Though hardly any Indo-Canadians live in Comox, Indian tourists can find the choicest Indian food at Spice Hut and the Manvirro Indian Grill.