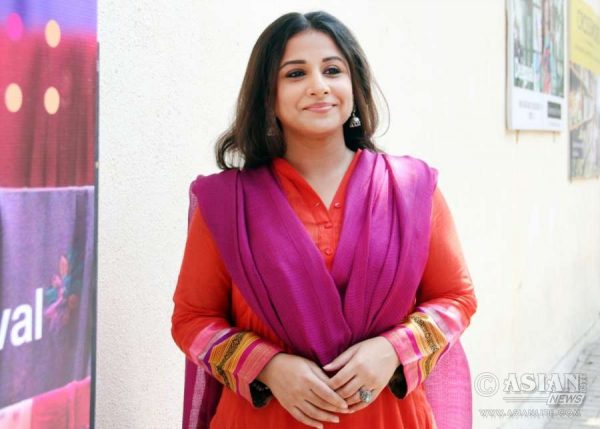 “We shot for ‘Te3n’ and in ‘Te3n’ I have a special appearance but it was still fun because Sujoy produced the film and I went back to Kolkata for the shoot, and the team was more or less the same.”

“Ribhu (Dasgupta) is a very interesting director, and of course Mr. Bachchan and Nawaz, so it was a good team and I think that was some sort of a preparation for me to get back into ‘Kahaani’,” said Vidya at the unveiling of the Gaurang Summer Collection.

Vidya, who has often claimed that Bengal is her second home, had to reiterate it again when a journalist mistook her for being from Bengal, perhaps considering her popular Bengali roles in “Parineeta” and “Kahaani”. “I’m from Kerala, but I’m born and brought up here, but I do consider Bengal my second home,” she said.

After numerous reports of the sequel being shelved and delayed, Sujoy this month clarified that the film was definitely on and was in pre-production stages.

About working on the sequel to her 2012 hit film, Vidya said: “I’m very excited to say the least, we start shooting next month and that’s all I’m allowed to say because Sujoy Ghosh will slit my throat otherwise. Yes, I’m looking forward to shooting again for ‘Kahaani’ with Sujoy.”

Vidya had bagged the Filmfare Award for best actress and also won numerous other awards for “Kahaani”.