One beer is one beer too many: India needs culpability when it comes to drunk driving….writes Bikram Vohra 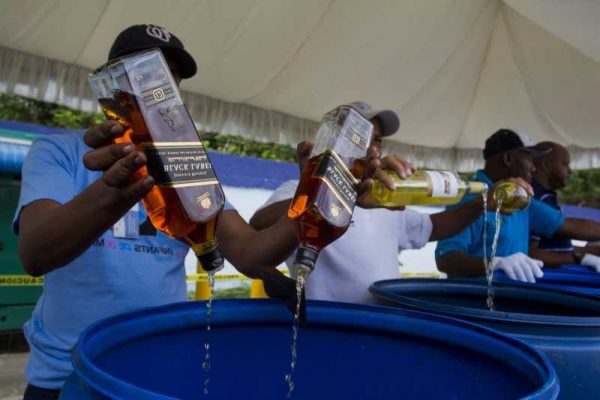 If you live in a system where zero tolerance means that even one beer and then being involved in a fender bender means a crime, it is very difficult to understand the Indian urban mindset and its easygoing approach to drinking and driving.What the Delhi court referred to as a ‘live suicide bomb’ is absolutely correct. The part that is beyond the realm of understanding is the equation between driving under the influence and the sense of power and macho pomposity that goes with it. I never cease to be amazed on visits to Delhi when friends think nothing of decanting themselves into their cars after a drink and dinner party. It is accepted social conduct. They then blithely invite you into the vehicle, mocking your cowardice for refusing to sit with them.

You stand steadfast because if I was to drink and drive where I live I would not just lose my license, I would be jailed, my company would sack me, my children would have to leave school, my career would collapse, nobody with contacts would come to my rescue and the odds on being deported for good would be very high.

Getting a second jon with that record would be slim at best.

Ask the next of kin of those who die under the wheels of vehicles if this is excessive punishment for killing someone who was not party to your decision to drink and drive, who hardly registered the missile coming at him.

There is no point in listing the various string of dismal incidents, the latest being Ankit Jamwal the youngster who just recently killed two and wounded one in Delhi’s Janakpuri and then had the temerity to advise the cops to call daddy for compensation.

Corruption, the use of influence, the arrogance of wealth, a false sense of entitlement and the ‘sahib’ syndrome all play a role. The media makes it worse by giving those driving bigger and foreign made cars a certain bizarre flair, as if it was less heinous to be driving a Maruti Suzuki than a BMW. There is no such thing as a lesser crime because of the car you are driving.

Ergo, many equally horrific deaths (7 a day in Delhi alone) are downplayed because the elitist element is missing and it doesn’t make for a sensational story. But hit someone with a Merc and all the elements of a big story appear. Far too often the culprit is admonished, Mummy and Daddy come to the rescue and the ‘notty boy’ is repackaged home.

Indian judges labour under the misapprehension that stiffer fines will act as deterrents. So long as parents collude in the cruel conspiracy the fines cut no ice with the perpetrators. Big deal. It’s only money.

The discomfort level has to be intensified to a point where drunken driving just isn’t worth the payback.

If your son or daughter are below age and you gave them the keys to the car the parents should be equally guilty.

If your progeny are drinking under the legal age the parents should be equally guilty.

If high profile celebrities who engage in road kill are seen manipulating the system and keeping the case on for years it sends out the message that except for a little discomfort that’s it. Drunken driving citations should be instant.

For legal reasons the blood should be drawn from the consumer of alcohol on the spot not five hours later.

Depending on adrenalin flow, fear, shock, injury and metabolism alcohol can be absorbed as swiftly as 30 ml per hour of delay and even more swiftly. So three drinks down could literally go into the ether by the time a driver is carted to the station and equipment made available.

Pedestrians drinking and stumbling along should be treated like drunken drivers because they can ruin a sober driver’s life.

Restaurants that serve alcohol on false IDs or to underage patrons should be given punitive sentences and closed down.

I don’t even want to go into the impact of drugs and alcohol and the deadly bullet they make to target some poor
innocent sod.

But unless there is across the board culpability on this issue and you are not filtered into being a sport or a ‘masth’ guy or girl for taking the dare and climbing into a car with a drunk there are pretty good chances that your life is about to go smash.

Believe me there is no such thing as one beer only.

I had two vodkas and it was a late night weekend binge so we all went to a friend’s place for an after party.

Around four I was pretty tanked and we called a safe driver which is two people on a bike who drive you home for a price and are a service from heaven.

Around ten, with a pounding headache I drove to the supermarket to get some groceries. The sun was up and it was hot. A car from the parking lot while coming out whacked my bonnet and we had to call the police. Both of us were given instant tests and my showed a high blood alcohol the next morning. I was arrested for driving under the influence and taken to jail.

I was suspended from my workplace. I lost my seniority. I stayed a week in the lock up and was then told I could not drive for a year. My career nosedived, I became a mental wreck and finally left the country to settle elsewhere.

I had everything going for me. I did everything right and even my car was not moving but I didn’t think the alcohol content would have still been there.

All I did was go to the supermarket to get some bread and eggs.

And I just became toast.