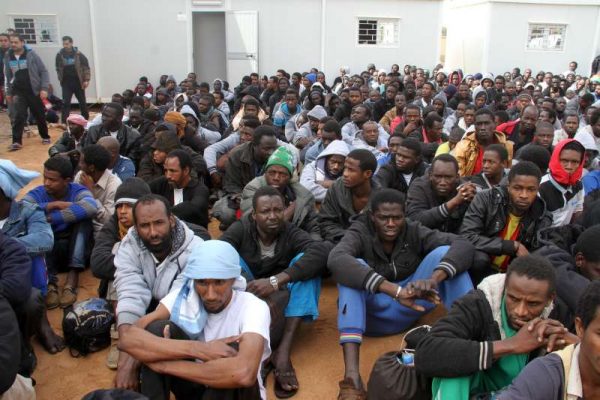 The EU aims to stem the flow of migrants and plans to declare the route north through the Balkans closed, BBC reported. It will press Turkey to take back economic migrants and has pledged to give Ankara €3bn (£2.3bn; $3.3bn).

The leaders will discuss the six-point plan proposed by UNHCR. Last year, more than a million people entered the EU illegally by boat, mainly going from Turkey to Greece. Some 13,000 are stranded on Greece’s border with Macedonia.

The UN High Commissioner for Refugees (UNHCR) issued a six-point plan to guide EU member states in solving the refugee crisis which is showing no signs of abating.

“We are running out of time, and strong leadership and vision are urgently needed from European leaders to deal with what is, in my view, a situation that can still be managed if properly addressed,” Xinhua quoted UN High Commissioner for Refugees Filippo Grandi as saying in a statement.

“This is as much a crisis of European solidarity as it is a refugee crisis,” he added.

UNHCR suggested fully implementing the ‘hot spot’ approach and the relocation of asylum seekers out of Greece and Italy while returning those who do not qualify for refugee protection.

The UN agency also called for increased support to Greece to address the humanitarian emergency, while ensuring compliance with all EU laws and asylum directives by member states.

The safe-guard of individuals at risk, including unaccompanied and separated children, and the implementation of measures preventing sexual and gender-based violence were integral to the plan.

Finally, UNHCR called for Europe-wide systems of responsibility to achieve a managed and orderly solution to the crisis which has already seen close to 135,000 migrants reach EU soil this year.

“Europe has successfully dealt with large-scale refugee movements in the past, during the Balkans Wars for example, and can deal with this one, provided it acts in a spirit of solidarity and responsibility sharing,” Grandi concluded.