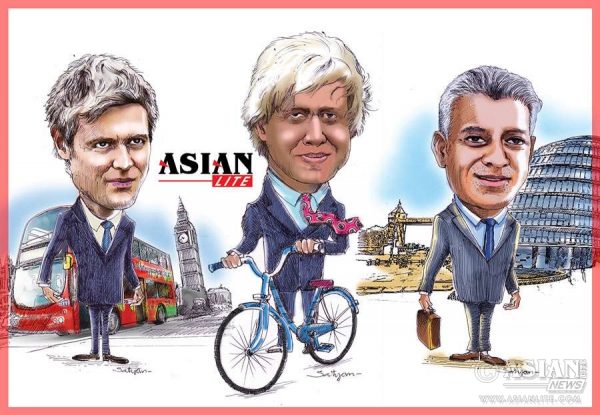 In response to former London Mayor Boris Johnson’s interview with The Sunday Telegraph, Yvette Cooper, MP for Normanton, Pontefract and Castleford said: “Boris Johnson is playing a nasty, nasty game. The more he flails around with this kind of hysterical claim, the more he exposes his shameful lack of judgement, his willingness to play the most divisive cynical politics, and the emptiness of his arguements.

“One week it is dog whistle attacks on President Obama. Now he is trying to liken the institution that has kept peace on our continent for decades with Hitler, who pursued the genocide of millions of innocent people.

“All because he is desperately seeking headlines for a desperate campaign. He should not try to play political games with the darkest and most sinister chapter of Europe’s history.

“The EU has played a critical role keeping peace in Europe ever since.”

Meanwhile, Lord Bramall, Chief of the General Staff,  said: “I know only too well, this comparison of the EU and Nazi Germany is absurd. Hitler’s main aim was to create an empire in the East and violently subjugate Europeans. Any connection between that and the EU is simply laughable.”

Shadow Foreign Secretary Hilary Benn said: “Leave campaigners have lost the economic argument and now they are losing their moral compass
“After the horror of the Second World War, the EU helped to bring an end to centuries of conflict in Europe and for Boris Johnson to make this comparison is both offensive and desperate.”
[mc4wp_form id=""]