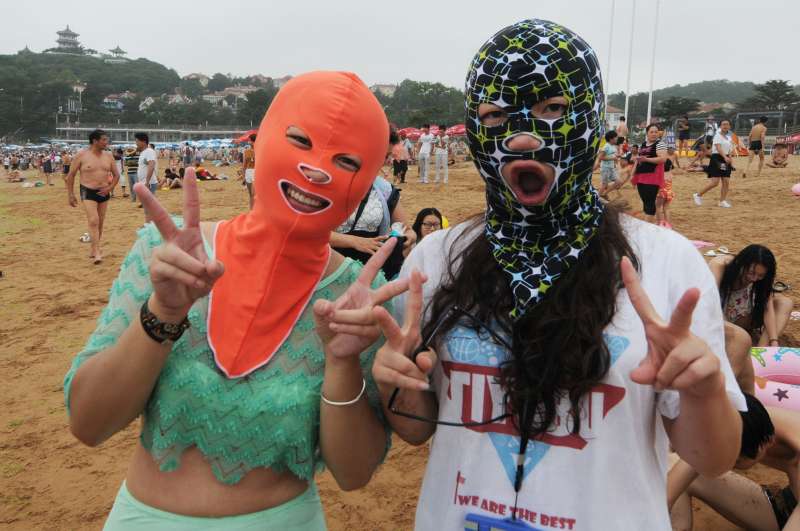 Wearing inexpensive cloth masks in the hope of reducing exposure to air pollution may be of only a little benefit and give you a false sense of security, especially in highly polluted areas, new research suggests.

Washable cloth masks are widely used in India and other Asian for personal protection against airborne particulate matter.

“Wearing cloth masks reduced the exposure to some extent,” but “the most commonly used cloth mask products perform poorly when compared to alternative options available on the market,” said the study by scientists at University of Massachusetts Amherst.

“What became clear to us is that millions of people probably wear these masks and feel safer, but we worry that this is potentially making things worse, if they stand next to a diesel truck and think they are protected by the mask, for example,” said one of the researchers Richard Peltier.

In a series of experiments with an experimental mannequin in Nepal, the researchers tested four masks — one pleated surgical type, two cloth and one cone-shaped cloth with exhalation flaps.

Among the cloth masks, the one with exhaust valves performed fairly well, removing 80-90 percent of synthetic particles and about 57 per cent of diesel exhaust.

Plain cloth masks were “only marginally beneficial” they said, in protecting people from particles smaller than 2.5 micrometers, often considered more harmful than larger particles because they can penetrate the lungs more deeply.

“Unfortunately, the least effective two mask types are also inexpensive, reusable and are widely used in developing countries, implying they are a popular consumer choice where pollution mitigation is warranted,” the authors noted.

Peltier said this study has implications well beyond Nepal, because these masks are very common in China and India, and across much of southeast and southwest Asia.

“This study shows that people should know there is a limit to protection you can get from these cloth masks, but also that something is better than nothing,” Kabindra Shakya, who was part of the research team, pointed out.

The findings appeared in the Journal of Exposure Science and Environmental Epidemiology.