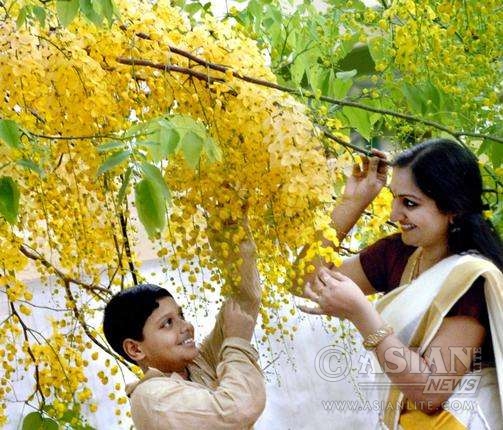 Vishu is believed to signal the arrival of good luck and fortune for the coming year and is a public holiday in the state.

Women were dressed in the traditional “kasuvu” saree (overall white with golden border) and men in dhoti.

One of the main aspect of the festival is household performing the “vishukani darshan”, a ritual where people view their favourite deity the first thing in the morning.

Elders and women begin preparations for vishukani the night before with the arrangement of auspicious items like rice, grains, cucumber, pumpkin, coconut, plantains, mangoes, betel leaves, areca nut, a mirror, yellow flowers and a metal vessel called “urali”, in their worship room.

In the morning, the first thing that happens is the young and old come blindfold in front of the vishukani and view this as the day’s first sight.

Another important aspect of vishu is the giving away of “vishukaineetam” (gift) and it is mostly given in coins.

The general custom is the head of the household gives the coins to other members.

Also an important event is consuming a 26 course vishu lunch served on a plantain leaf and one significant difference is while in the central and southern districts the lunch is purely a vegetarian one, in northern districts, it is non-vegetarian. 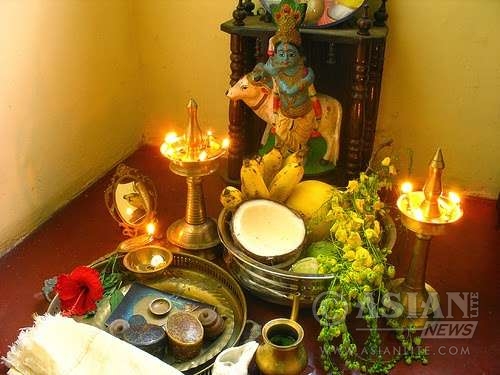