Nury Vittachi in his weekly column looks in to the issue of widening East-West gulf….The Funny Side for Asian Lite News 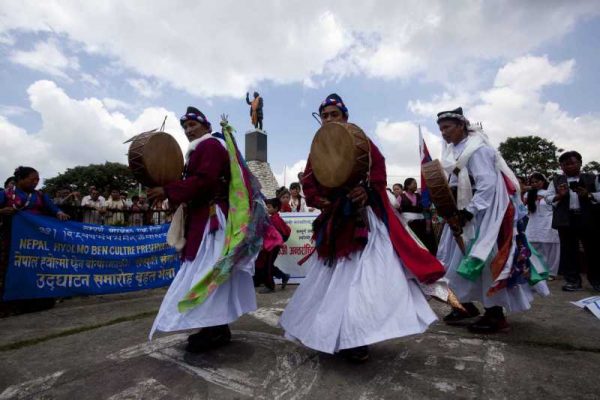 Asia contains literally four billion people. So it’s kind of weird that every time I visit the West, people say: “You’re from Asia? I met a guy from there once; I wonder if you know him?” The really weird thing is that I always do.

Talking of East-West issues, at a writers’ festival in Singapore recently, the authors’ panel and audience were given five minutes to answer a question: What topics should never be covered in children’s books?

The Westerners in the room gave identical answers: Nothing should be banned! All censorship is evil!

The Easterners in the room wrote long lists of unmentionables including cannibalism, violence, politics, religion, sex, kissing, underpants, democracy, feelings, and so on. I asked for a second sheet of paper to list individuals and inappropriate vegetables.

East and West are so different. A couple of days later, a reader sent me a viral Instagram video of a man in Sydney who spontaneously tried to run up an escalator which was moving down at a high speed. The crowd, most members of which were using the escalator at the time, raucously cheered him on as he risked their safety.

In Asia, he would have been severely tut-tutted by observers and arrested by the authorities, possibly even facing the death penalty for incitement to commit emotions.

Further evidence of an East-West divide came from the announcement that the US national spelling contest was won by two boys, Nihar and Jairam, whose names are added to the winners’ list: Gokul, Vanya, Ansun, Sriram, Arvind, Snigdha, Sukanya, Anamika and the like. Families with Indian roots make up less than one percent of the US population but win the spelling contests every year.

As a South Asian, I can reveal that we’re good at spelling because of our unspellable names. Our version of Scrabble says that if your tiles don’t make a word, you can still get 50 bonus points if you use them to name your child.

At the same time, Google revealed that the most searched for “how to spell” request in the US state of Massachusetts was Massachusetts. Internet conversations must go something like this:

Massachusetts Resident: “Hang on, let me just Google that.”

Not that Westerners aren’t smart: they are far ahead of Easterners in cultural mores. A hot new difference concerns gender. Asians have to use the toilets that match their biological gender, whereas my Western friends think that’s an outrageous demand.

Four-year-olds at a school in the British city of Brighton are told that they are not boys or girls but can choose their gender. This strikes me as risky, as small children change their minds all the time.

But I quite like the idea of being “gender-fluid”. For example, it’s well known that lightning kills six times as many males as females. If all guys wore dresses on rainy days, many lives would be saved. I might write a children’s book about it: The Day Mr Lightning Found No One to Fry.