Trump train toots off on a tempestuous trip….writes Arun Kumar in his weekly column – Washington Diary 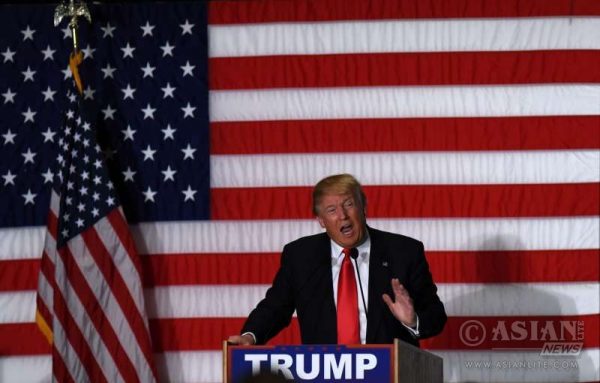 A Sikh woman with a blue ‘dupatta’ covering her head offered ‘ardaas’ (prayer). A suit clad Muslim from Pakistan with a bow tie vowed support. A black pastor and a Hispanic lawmaker lamented that Democrats had failed them.

Tech billionaire Peter Thiel made history by declaring to gathered Republicans he was proud to be gay. And Eileen Collins, the first female commander of a US Space Shuttle pined for a leadership that puts America first.

A bitter rival congratulated Donald Trump on winning the Republican presidential nomination, but amid boos Ted Cruz declined to be a “servile puppy dog” of the Manhattan mogul who had attacked his wife and father.

“No big deal!” tweeted the brash billionaire on “Lying Ted’s” mutiny as the Trump Train tooted off on a tumultuous trip to the White House with his clan in every compartment and “The Donald” himself firmly in the driver’s seat.

Cruz was not the only one not on board as 120,000 red, blue and white balloons and loads of confetti rained down as the billionaire and his unassuming VP pick Mike Pence and their families waved with a promise to be the voice of the working Americans.

Party chief Reince Priebus stood sheepishly on one side of the platform. The Station Master – nay the Republican governor of Ohio, John Kasich – did not even peep in once all through the four day Republican national convention in Cleveland in his home state. 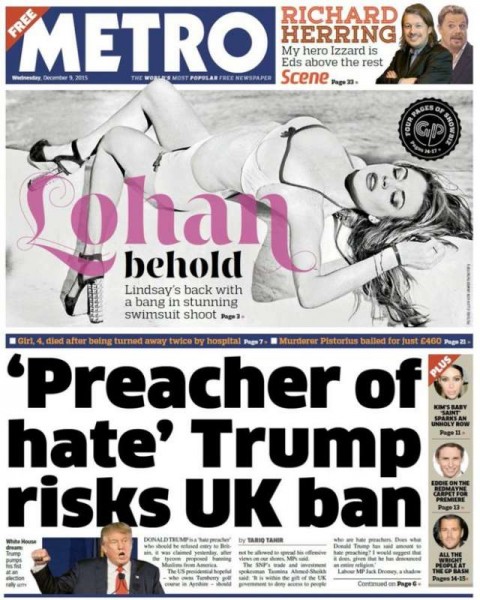 Absent too were many a party big wig from the Bushes to 2008 and 2012 presidential candidates, John McCain and Mitt Romney to two Indian-American Republican stars, former Louisiana governor Bobby Jindal and South Carolina governor Nikki Haley.

If Trump’s wife Melania courted controversy with an “uplifting” speech with some 58 words ‘lifted’ from a 2008 speech by Michelle Obama, his three adult children with poise and polish did a great job of ‘humanizing’ their father.

His eldest daughter Ivanka almost stole the show as she talked about her dad’s yearning to improve America as also childcare and equal pay for women before Trump himself vowed to keep LGBTQ Americans safe to surprise cheers from the Republican audience.

While Chandigarh born San Francisco lawyer, Harmeet Kaur Dhillon, gave the invocation, the party platform or manifesto recognized “with pride the contributions to our country that are made by our fellow citizens of Indian ancestry.”

India also got a thumbs up with the platform calling India “our geopolitical ally and a strategic trading partner” and noting that “the dynamism of its people” was “earning their country a position of leadership not only in Asia but throughout the world.”

No one from the Trump team missed the party chieftains. But one person missing from the show, by one count got even more mentions than Donald Trump – Hillary Clinton.

New Jersey governor Chris Christy, one of Trump’s early supporters though admittedly disappointed at being passed over for the number two slot, led a mock trial of the would be Democratic candidate.

“Guilty or not guilty,” he asked reading out one charge after another against the former secretary of state with the crowd responding with cries of “guilty” and chanting “lock her up.”

But when the crowd took up the chant during his acceptance speech, Trump admonished “Let’s defeat her in November” as he conjured a dire picture of an America sliding deeper into poverty, violence and corruption.

Even as President Barack Obama insisted Trump’s pessimistic outlook doesn’t match reality, the billionaire declared he “alone can fix it,” and vowed to “present the facts plainly and honestly. We cannot afford to be so politically correct anymore.”

“So if you want to hear the corporate spin, the carefully-crafted lies, and the media myths,” said Trump, “the Democrats are holding their convention next week.”

But those heading to the historic city of Philadelphia, where the Declaration of Independence and Constitution were signed, be forewarned.

Some supporters of Clinton’s fiery vanquished rival Bernie Sanders still feeling the ‘Bern’ are reported to be cooking up a unique protest inside and outside the convention venue.

They plan to eat beans and ‘toot’ at the very moment Clinton accepts the Democratic nomination next Thursday to create a huge stink over a “farce” and the “charade.”