Rectifying our selective outrage will help us win against terrorism….writes Bikram Vohra

French President Hollande in an emotional outburst following the Nice carnage said his people would seek revenge. It is a powerful word but what it does is ironically underscore the weakness in the world when it comes to terror.

Take revenge against whom? This is not the first atrocity. Nor will it be the last. On the contrary thanks to the fissures in global relations and the often parochial demands of foreign policy the line between freedom fighters and terrorists has stayed blurred.

This is why there is no consensus on the brutality of collateral damage, a phrase now synonymous with ducking the facts and allowing death to take in as many of the faceless as possible.

The freedom fighter is a romantic cleansed version who is risking his life for equality and justice and will die for it…even if it means taking a few people who have nothing to do with his objectives with him. After all the freedom fighter, when filtered through a ‘friendly’ media sieve and served up as this great martyr to the cause doesn’t do the dirty, does he? He fights fair or so we are brainwashed into believing.

The ugly terrorist who does not fit the foreign policy bills of the big powers or even the not so big powers is made into a monster, a savage aberration that must be eliminated. 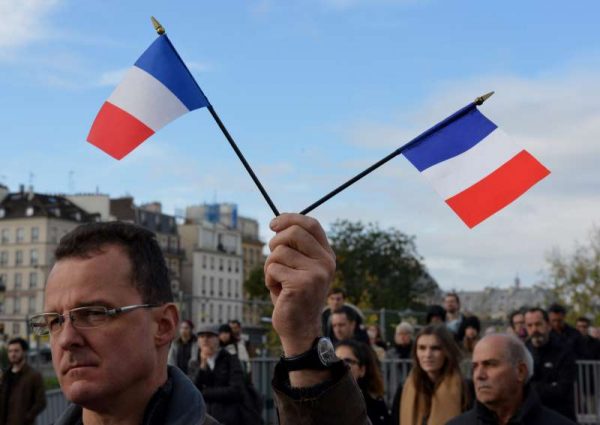 The romantic martyr and the cold blooded killer are the same people. Media allows for them to be placed in different and escalating categories. The moment a virulent strain of terrorist is discovered the incumbent is sanitised and given the benediction of being relatively rational. By that measure one day the Al Qaeda and the ISIS and the Taliban will be eclipsed by more cruel groups and by employing this formula become ‘nice guys.’ So long as the terrorist can divide opinion he will rule.

There is no plan. No grand blueprint designed to end the scourge. Because unless three premises are guaranteed sans exception no plan can work.

The first: all people toting guns and weapons and killing indiscriminately are terrorists.
There are no categories. Only one killer.

The second: All nations have to bury their hatchets and recognise that they are all targets and are all vulnerable.

The third: Politics has to take a back seat. International equations based on affection, interest or hatred have to be put on hold. There has to be a freeze on government to government accusations.

If these conditions are not met and enmity and hostility spawned in the crucible of history continue to colour the inherent insincerity of governmental attitudes terrorism will never disappear.
There is a fourth clause. We have to stop stereotyping. This slotting of people is as dangerous as terrorism itself.

I quote and unknown person who has said this very well:

The result is that people feel vulnerable and are afraid to go to crowded places or take public transportation. Although life does eventually return to normal, these attacks carried out one after another have a major negative effect on the trust that people in the city have in their fellow man.
Public confidence is one of society’s most important social assets and terrorism erodes it significantly.

The methods used in all of these terrorist attacks are actually the same. The bombs may be detonated at different locations by different terrorist groups, but the results are the same.
Innocent people die; their lives are snuffed out or they are injured with a blow struck just at the moment when they feel the safest.

Although the results are the same, the world’s attitude towards these tragedies unfortunately varies depending on where the bombs exploded and on who detonated them. The way we deal with each atrocity has a lot to do with the victories we allow terrorism. If we saw each act through an equal prism, each life as equally precious exactly as the terrorist sees each life as equally dispensable regardless of caste colour or creed it would be the first major battle won against the threat.