Saeed Naqvi tracking the origin and the rise of ISIS 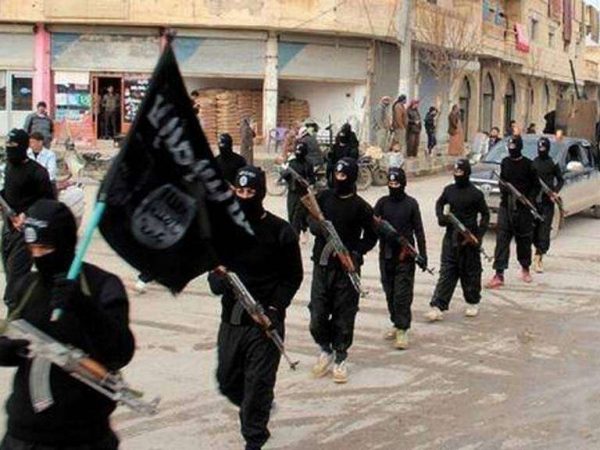 Every Joint Secretary’s room in the Ministry of External affairs had a neatly folded copy of the International Herald Tribune on the coffee table. This was the pattern in the 70s and 80s. In mid 90s, after economic liberalization and the birth of the global live media following Operation Desert Storm, TV sets appeared in South Block. BBC and CNN became fashionable.

Nationalism, that hopelessly limiting sentiment, surfaces when one is away from home. Since I had spent time with newspapers in the UK and the US in the 70s, I found it demeaning that the Indian establishment should be passive recipients of news and analysis doled out from London, Atlanta or New York. If information is power, then those who wield this power control the drift of international discourse. Chinese, Russians, Iranians are not classical democracies but have learnt this lesson. We, in our ignorance or obsequiousness, have not.

Since 1991 the West has been involved in wars, big and small, almost continuously. What have been our sources of information on, say, Darfur, or Kunduz, Helmand, Kosovo, Yemen and the running battlefields of Iraq, Libya, Syria or Yemen – and scores of other theatres? Oh, we do not care. Then why would anyone need us the High Table? In most instances our sources have been the same – either the US media or, in a roundabout way, Western intelligence.

Of course, there have been excellent ambassadors, like V.P. Haran in Damascus when Syrian troubles began. He had independent sources of information on the battlefield. Are there many others? Without having our own global network, we make ourselves pathetically dependent on others for information. In the absence of information, one sided discourse on world affairs is launched which we, willy nilly, have to adopt as our own.

Let me give you an example where I saw conventional wisdom being forged on information which was patently false. The pulling down of Saddam Hussain’s statue in front of Palestine Hotel in Baghdad has been marketed as the fall of a tyrant which led to a popular upsurge and that this would not have been possible without the US occupation of Iraq in April 2003. Since the CNN amplified this symbolic triumph of “democracy over tyranny”, a clip of the toppled statue has been committed to posterity as a CNN blurb.

What really happened was what I saw. And it was quite different.

On April 3, the US troops had entered Baghdad. The CNN and BBC coverage of the troops entering Baghdad was riveting. Obviously, Vice President Dick Cheney, a mastermind of the Iraq operation, also found the TV coverage heady.

He, and his cohorts, must have realized that this high pitch excitement could not be sustained forever. An event had to be televised which signalled American victory. What could be more telegenic than the pulling down of Saddam Hussain’s statue in Baghdad’s Firdous square?

The message would be uplifting. Freed by the Americans, a people, groaning under a tyrant’s yoke have risen and torn down the iconic statue. But, in implementing the idea, Americans sensed a problem. People, it turned out, had not arisen. How could victory then be choreographed without the peoples’ participation? Baathist control over the people in Baghdad was iron clad. That was one reason for people not celebrating Saddam’s fall.

The other, deeper reason surfaced when the Americans, without any long term vision, replaced the Baathist power structure in Baghdad with a Shia one. People who were really “freed” by Saddam’s removal were the Shias in the South and East – 65 percent of Iraq.

US officials in Iraq did some quick thinking. Shia clerics like Ayatullah Baqar al Hakeem and Muqtada Sadr were urgently contacted. Sadr, scion of a respected clerical order, had mesmeric control on the large Shia ghetto on the outskirts of Baghdad known as Saddam city. Shia refugees from the south had been settled here after an uprising in 1992 which was brutally crushed by Saddam Hussain. Surely, this lot would have reasons to celebrate Saddam’s fall.

When Baghdad citizens did not come out to help bring down Saddam’s statue, requests went out to the Shia clerics to mobilize crowds. A two-pronged strategy was devised: a US armoured carrier would help pull down the statue with the help of a rope around the statue’s neck. Footage, from a low angle, would make the hotel staff, journalists, hangers on look like a burgeoning crowd. But that would not amount to jeering mobs? Well, they would have to be driven from the Shia ghetto.

Overnight, the ghetto was renamed Sadr city in gratitude to Muqtada Sadr. That is when Shia crowds came onto the streets of Baghdad, beating Saddam Hussain’s photographs with shoes. “Tabarrah” or cursing the enemy is a old Shia tradition. 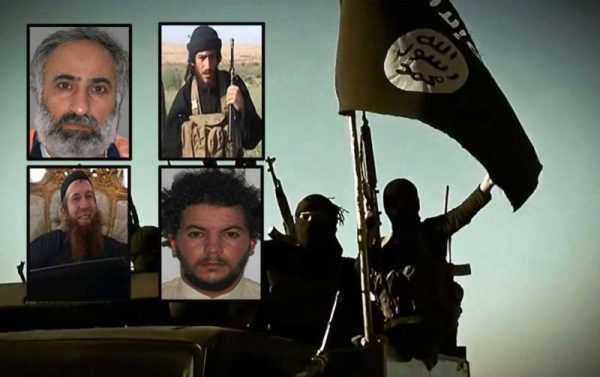 The choreography for the event was devised in the following fashion. Dick Cheney will, in a live telecast to the American Society of News Editors, “Salute US troops in Iraq”. In the meanwhile, Saddam’s statue will have been pulled down by the Marines. Camera will occasionally cut to the statue dangling from its pedestal. Commentary will establish it as the work of angry, anti-Saddam crowds. For crowd scenes, cameras will position themselves outside Sadr city where crowds will trample Saddam’s photographs and spit on it. Commentary will never identify these as Shia crowds. The scene has to be marketed as a popular upheaval.

Cheney’s speech would be spliced in. “Across Iraq, senior religious leaders have come forward urging their followers to support our coalition, another sure sign that Saddam Hussain’s regime is clearly doomed.”

The clerics Cheney is thanking are Shias from Sadr city to Najaf and Karbala. The “doomed” regime are the Baathists. Later, senior American columnists even recommended Ayatullah Sistani for the Nobel Peace Prize. Shias were the allies. An alarmed Saudi Arabia saw Iranian influence at their border with Iraq.

In Iraq who could blame simmering Sunni anger: From beneath the Baathist skins, the second layer of the “Sunni” had broke through.

This Sunni impulse of the erstwhile Baathists, having been in the drill for governance under Saddam Hussain, came in handy for the Americans to teach Shias like Prime Minister Nouri al Maliki a lesson. Maliki had the temerity to deny the Americans the US Status of Forces agreement in 2011, which would protect Americans in Iraq from local laws.

It was a worrying scenario.

A Shia Iraq having a 1,500 km border with Iran, which then was on the brink of a major breakthrough with the US, was a source of great anxiety to two steadfast US allies – Israel and Saudi Arabia.

Thomas Friedman of the New York Times asked President Obama in in August 2014 why the US Air Force had not attacked the ISIS when it first reared its head. By his response, Obama gave the game away: “That we did not just start taking a bunch of air strikes all across Iraq as soon as ISIL came in was because we would have taken the pressure off Nouri al Maliki.” The ISIS was an asset then.

Nouri al Maliki was shown the door in September 2014 and a US handpicked Prime Minister, Haider al Abadi, was ushered in.

By this time ISIS had acquired a life of its own.

The cat and mouse that is going on with the ISIS in Fallujah is part of this sequence on which more later.