Besides that both were authors, and both died in the last couple of days, there seems nothing common between a reclusive American and an outgoing Italian philosopher. What connects Harper Lee and Umberto Eco however are the main characters they created in their first fictional work – a decent, tolerant lawyer who combats prejudice and vigilantism and a rational, tolerant monk who solves mysteries. As recent events in India show, both are much needed as role models.

Atticus Finch of “To Kill a Mockingbird” (1960) set in segregationist American south in the 1930s and Brother William of Baskerville of “The Name of the Rose” (1980) taking place in superstition- and schism-ridden northern Italy in the 14th century are not only models for emulation but the authors’ abiding contribution towards the goals of human dignity, equity, tolerance and reason. Remembering them is the best tribute we can pay to their creators.

Both works have been made into acclaimed films, with the parts played memorably by Gregory Peck and Sean Connery respectively (and earning them an Oscar and a BAFTA for best actor). Most of us would have read the books and/or seen the films but for those who might not have, or forgotten, the characters can be introduced again.

Like their creators, the middle-aged, widowed lawyer and the Franciscan monk are both disparate characters, not only in time and space but nature too though they have certain points of resemblance. Apart from being “moral compasses” and morally and personally courageous, they are caring father figures – Finch to his children (six-year-old Jean-Louise “Scout” and 10 year-old Jeremy “Jem”) and William to companion, novice Adso.

“To Kill a Mockingbird”, based on Lee’s own reminiscences (Finch turned out to be based on her own father) and incorporating some contemporary racial issues, is set in a small town in Alabama during the Great Depression. Finch is asked to defend a young black man, Tom Robbins, accused of raping a white woman, and agrees despite public disapproval. Not only does he defend his charge the best he can, he also protects him from a lynch mob. He is however unable to get Robbins off despite demolishing the prosecution case, and learns later that he has been shot “while trying to escape”.

But despite the outcome, it is the qualities Finch embodies – decent, fair treatment to all people, not to respond to violence with violence, to stand for what you believe and not force it on others – that make him relevant for any time.

A quote from the book – also used in the film – is illustrative. As he advises his daughter: “If you can learn a simple trick, Scout, you’ll get along a lot better with all kinds of folks. You never really understand a person until you consider things from his point of view, until you climb inside of his skin and walk around in it.”

“To Kill a Mockingbird” was Lee’s sole work. “Go Set a Watchman” (2015), set some years in the future and presenting a Finch who is not so heroic, is touted as a sequel but as per detailed examination is deemed to be an earlier draft.

Eco, apart from being a best-selling novelist, was an academician with significant contributions to semiotics or study of human signs and symbols and their interpretation, aesthetics, literary theory, media culture and philosophy and it shows in “The Name of the Rose”.

William and Adso reach a northern Italian monastery to attend a theological disputation, but all is not calm there. First there is a suicide and then several other mysterious deaths, and William is asked to probe but there is labyrinthine library whose mysteries have to be solved, some secrets that the abbot is unwilling to divulge and the Inquisition is also present.

With his name commemorating a medieval philosopher and the area of a famous detective’s most celebrated exploits, the character’s inspiration is obvious. William of Ockham’s philosophical technique “Ockham’s Razor” advised that the simplest explanation accounting for all the facts should always be accepted as most likely mirrors Holmes’ dictum “that when one has eliminated the impossible, whatever remains – however improbable – must be the truth”.

William also looks and behaves like Holmes, being tall, so thin that he appears taller, with sharp and piercing eyes, a thin, sharp nose and a prominent chin, is capable of most intense activity but curiously still when not intellectually stimulated, and has the same sharp intellect and deduction powers. Unlike Holmes, his skills were not very welcome in his era but he didn’t let it deter him.

When brute prejudice reigns, unthinking conformity imposed and dissent deemed criminal, such models are more than necessary. But will we – and especially those demeaning these professions – only let them remain fictional archetypes? 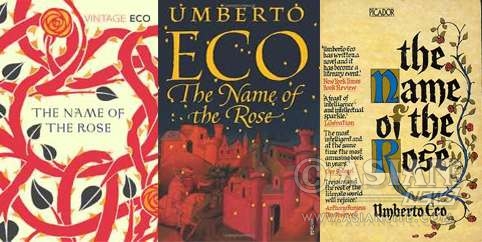