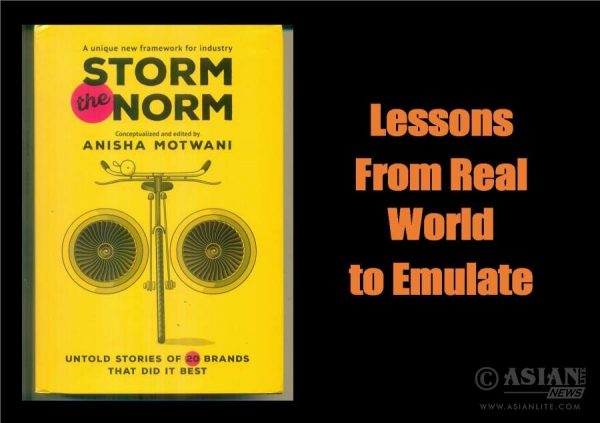 Branding is the biggest buzzword for any product to thrive, or even survive. But how does one create a successful brand?

For Anisha Motwani, the idea for the book began with a simple question: How is it that in a diverse, challenging and often predictable market like India, a handful of companies are doing an excellent job of attracting consumers and creating business value for themselves?

To answer this she began digging deeper. “I realised that most of the (successful) companies have done something out of the ordinary and, in the process, they have stormed and shaken up the market, transforming stale categories into vibrant ones.”

Motwani, a business strategist, speaker and columnist, developed that simple question into a book from which people could benefit. As she put it: “This book… create(s) a reservoir of success stories that can benefit others who are equally hungry for knowledge.”

The book has categorised companies into three parts — entrepreneur, challenger and legacy.

The book, however, does not mention any technology brand.

It also talks about the whole gamut of challenges the companies face, both internal and external which often become stumbling blocks to growth.

“I felt that if the wisdom of this handful of companies could be made available to a wider public, it would help many more people, in turn, become winners in their own spheres,” she said.

While going through the chosen companies, she discovered that it was possible to put a method on how to learn from these brands, how, as she puts it, one can storm the norm.

“I was clear that each brand story had to be authored by the people who were behind the wheels of the business, the people who conceptualised and executed game-changing strategies.”

The examples given in the book are business stories which were tried and tested. The narrative is not templated and typecast in a rigid format. “Since the individual stories have been crafted by different people, it was felt that the flavour needed to be retained in the final output.”