Vikas Dutta looks in to the Indian experience in Africa

Makindu town, on Kenya’s Nairobi-Mombassa Highway, is most known for its grand and immaculately-maintained gurdwara, which is a must stop for all travellers, not only Sikhs. Dating back to 1902 (though the present building only came up in 1926), the shrine is abiding testament to the over century-old and continuing – but less attention-receiving – Indian presence in Africa.

Though any thoughts of the Indian diaspora veers mostly to the western world, and if this huge continent comes to mind, the focus is generally on South Africa – due to the sojourn there of a most famous Indian (though the Mahatma is sparing about his experiences in his autobiography).

But it is not the only African country where there are Indians – and in quantity. In Kenya itself, Punjabi singer Hazara Singh Ramta recounts in “Ramta Africa vich” that when he landed: “…mainu vi len si aayi Punjabi janta saari/ Nairobi aerodrome te si bheed bhadhake/Vaisakhi de mele vangna vajde si dhakke..”. Likewise in “Ugande”.

As reports of reprisals against Indians in Congo after the fatal assault on a Congolese student in New Delhi, and several personal examples show (for me, my sister Monika is in Kenya for over two decades now, her in-laws for over three generations – and in a curious coincidence, my great-grandfather Sardar Ishwar Singh Datta, a soldier, served in East Africa in the late 19th /early 20th century – details are unfortunate sketchy), Indians have been constant visitors/residents well over Africa.

Perhaps why this has not received enough focus is that they, unlike their compatriots elsewhere, have not many literary representations of their experiences – no one like V. S. Naipaul, Jhumpa Lahiri, Salman Rushdie or so. And neither have many Indian globetrotters concentrated on Africa – much.

But that is not to say that there is no writings by Indians on Africa or the Indian experience there. And ironically, some come from leading lights of another Indian diaspora – Sir Vidiadhar Surajprasad Naipaul himself, but also his late younger brother Shivadhar Srinivasa Naipaul (1945-85).

And while Sir Vidia is more famous, it is Shiva Naipaul who has written one of the finest works on Africa ever, but it unfortunately never received its due attention – maybe due to its uncomplimentary nature.

His wittily cynical, almost satirical “North of South: An African Journey” (1978) is about a trip through Kenya, Tanzania and Zambia in the mid-1970s, with special focus on South Asians and their relations with both Blacks and Whites. Naipaul doesn’t pull any punches in his trenchant observations on class, racism, government and colonialism/post-colonialism, is scathing on the corruption, incompetence (both well captured in the shoe-polishing incident), degeneration, and laziness, and in fact, on all Africa and those involved in its affairs.

Meanwhile, the elder Naipaul has some perceptive views on then rule of Mobutu in then Zaire, and Ivory Coast’s first and long-time ruler Felix Houphouet-Boigny – though their legacies proved to be ephemeral. (Both in “The Writer and the World: Essays”, 2012, Picador). Then “Masque of Africa” (2010) , a trip from Uganda to South Africa, via Ghana and Nigeria, the Ivory Coast and Gabon, seeks to gauge the effect on “belief” on African civilisation.

A vivid portrait of another of Africa’s notorious ‘Big Men’ can be found in former Indian envoy to Uganda (1977-80) Madanjeet Singh’s “Culture of the Sepulchre: Idi Amin’s Monster Regime” (2012).

The author, says he was prompted to tell the story after a girl wrote to him 2011 to thank him for saving her parents in the violent chaos that followed Amin’s overthrow. Not only does it recount Amin’s buffonish but nightmarish rule and its end and the author’s valiant but single-handed efforts to save South Asians, it also has some revealing anecdotes of the diaspora, including a pair of feuding Sikh businessmen in Kigali (Rwanda), and rich but miserly ones in Bujumburra (Burundi).

Though he deserves a separate post, mention must be made of Ranchi-born, Yale-educated mathematician-turned-journalist Anjan Sundaram. “Stringer: A Reporter’s Journey in the Congo” (Penguin, 2013) is a stark account of his experiences – facing robbery, depression, civil war and unwelcome attentions of girls angling for an easy way out – while trying to steady his new career in the desperate and deprived post-Mobutu era.

“Bad News: Last Journalists in a Dictatorship” (Bloomsbury, 2016) is his equally unsettling account of post-genocide Rwanda.

But one frequent traveller through Africa is bureaucrat Prabhu Ghate, who in his “By Thumb, Hoof and Wheel: Travels in the Global South” (2015, Bloomsbury) recounts his singular experiences, especially of voyages now memories – a steamer up the Nile through Sudan or the weekly Mombassa-Bombay ship – and also around the Horn of Africa – Ethiopia, Djibouti, Eritrea and Somalia – on way to Yemen.

Like Africa itself, this topic has much potential but has been ignored/under-utilised. Hoping it will always not be thus always. 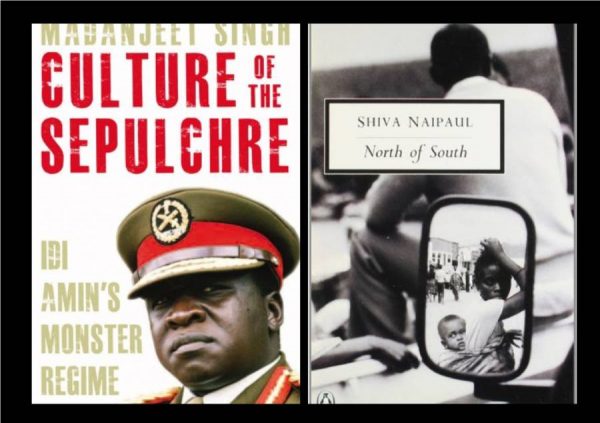