Suppose we had the power to travel back in time and change history by preventing the death of a key figure, or perhaps, eliminating a troublemaker. But would time sweep on in the same way we anticipated or would it or some other mechanism that runs the universe foil our efforts to make the future (our present) better than the one we know?

It is a theoretical discussion since we do not have – now at least – any way to check it out. But that hasn’t stopped some gifted minds in trying to speculate on the consequences of such intervention.

An episode of Rod Serling’s eerie TV series “The Twilight Zone” has a professor from the 22nd century travel back in time in 1963 to observe John F. Kennedy’s assassination but finding himself unable to resist saving the president – and triggering wholly unexpected results. Science fiction is rife with this plot line, in representations ranging from the faintly plausible to the markedly outlandish.

One of the better ones, but no less unsettling for that, is this tale of an attempt to avert the First World War.

Benjamin “Ben” Elton, who has primarily distinguished himself in the performing arts – as a comedian, playwright, actor and director – but is also as an author of repute, spins such an engrossing but also plaintive and thought-provoking, tale in his 15th novel.

As anyone with a decent grasp of history knows, World War I, largely inevitable as European powers jostled for predominance and a trail of secret diplomacy and agreements further queered the pitch, was sparked off in the diplomatic row that followed the assassination of Archduke Franz Ferdinand, the heir to the Austro-Hungarian throne, in Sarajevo. And even if this hadn’t happened or he had been saved, experts feel some other pretext would have risen for the war.

But what if you went back to 1914 and not only saved the Archduke and his stead, assassinated Germany’s Kaiser Wilhelm II, who has been blamed as an instigator of the conflict, and make the country too weak to threaten the peace.

And this is what a shadowy organisation at Cambridge’s Trinity Colleage try to accomplish in a vaguely dystopian Britain of 2024. The means is a secret of space-time passed down the years by one of Trinity’s greatest students – Sir Issac Newton himself, and the instrument is Hugh Stanton, a British ex-soldier, who is at loose ends after the death of wife and children in a road accident.

Convinced to try it out when he visits his former history professor Sally McClusky, now the master of Trinity one Christmas, Stanton agrees since he has nothing to live for in the present. 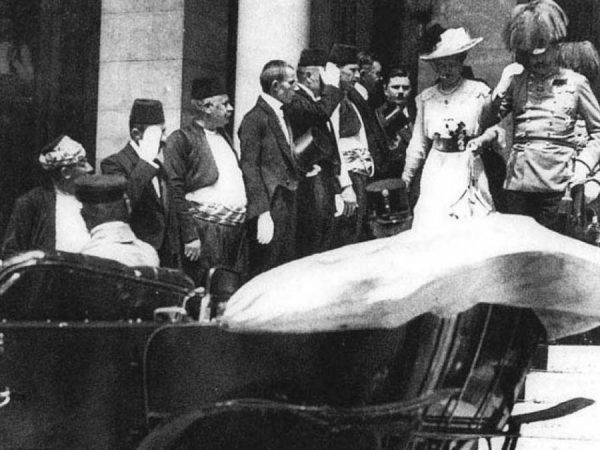 But when he manages to reach the past, Stanton, who discovers McClusky has also come with him – to experience the glittering attractions of the era, discovers this is least of the treachery he has been subjected too. Though he takes vengeance, he also accomplishes both his tasks – but at a price.

But if his actions made any worthwhile difference, then why there visitors from the future coming to kill him?

Engrossing right down to the shocking and unsettling series of twists towards the end, this not only provides a vivid picture of a wide expanse of early 20th century Europe as the action moves from Istanbul to Sarajevo to London to Berlin and Vienna (and has a brilliant cameo by German communist Rosa Luxemburg among others), but also of the intricacies of the metaphysics of time and space and the flow of history.

The ultimate lesson – holding true in our world too – is that you can never predict what the consequences of meddling with history can be, and it is advisable not to even try!