Russians nostalgic for the Soviet Union, right-wing elements in India aiming to recreate a ‘Golden’ era are among many sections, across the world, who wish for the return/reestablishment of some ideal period or system from the past. While it is a dream for most, the Islamic State is possibly the only to have resurrected a historical system. But how far correct is their attempt, and why does it strike a chord in the community? 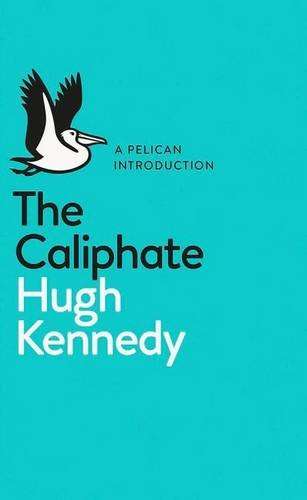 For this, we have to first understand what actually is a caliphate and its genesis and nature so as to assess how it is being used – or abused – now. And there can be no one better to explain than veteran historian Hugh Kennedy, Professor of Arabic at the renowned School of Oriental and African Studies, London, for whom it has been “now fifty years since I began researching and writing about the history of caliphs from different eras and areas of Muslim history, starting with the Abbasids..”

Kennedy, whose prominent works include “The Prophet and the Age of the Caliphates, 600-1050 (1986, revised 2004), “When Baghdad Ruled the Muslim World: The Rise and Fall of Islam’s Greatest Dynasty” (2005) and “The Great Arab Conquests: How the Spread of Islam Changed the World We Live In” (2007), says with the “half-century which has passed since I began work has seen the subject of caliphate moving from the status of a historical relic to the forefront of modern political debate”, he was inspired to “examine the way in which ideas the office has been used and exploited through the ages”.

He stresses that that though the concept has had many different interpretations and shapes down the ages, though a fundamental point was the idea of leadership to order Muslim society according to the will of God. But, as he shows, quite soon, there was a wide range of ideas and views about its spiritual and temporal powers – and extent.

Thus the work concerns itself more with history from the time after Prophet Mohammad’s death to the next four-five centuries, despite even the IS’ own accounts “begin with recent history”. As Kennedy contends, “in order to understand Islamic State’s idea of caliphate, and why it should prove relevant and important to many, we have to understand its roots deep in the Muslim tradition”.

This history of a vibrant, powerful and advanced caliphate not only, as he holds , remains restricted to “encouraging that cultural self-confidence which is essential to any civilization if it is to live at peace with itself and its neighbours” but goes further, for some Muslims (like the IS), who don’t considerate it “a nostalgic memory” but a guide and justification for the present “to a degree not found in any other contemporary political discourse”.

In course of his majestic summary of Islamic history in the greater Middle East, from the “Rightly-Guided”, or rather the “Orthodox” Caliphs, the Umayyads, the Abbasids, the Fatimids, the Mameluke and Ottoman eras down the present day, enlivened with telling anecdotes and keen insights, Kennedy mainly deals with three key questions – as to the choosing of the caliph, his work and powers, and on what evidence these issues could be answered.

Many facts will come as a surprise, including the role of non-Muslims in Islam’s expansion, how Islam’s initial ‘golden’ phase was scarcely monolithic, what prestige the Caliph commanded, even in the era when its power had diminished (as related by Ibn Fadlan, made a hero by Michael Crichton), and how its trappings come down to the present – hint origins of IS banners and uniforms.

How can we deal with it? But Kennedy, choosing to remain only a historian, only stresses that there has never been one template for the caliphate, and it is perhaps this “flexibility, even uncertainty” why it has survived or has been attractive. Or in other words, it is an idea with a wealth of meanings and interpretations, which can be twisted for both good and evil, but in itself, not one we need to be afraid of.