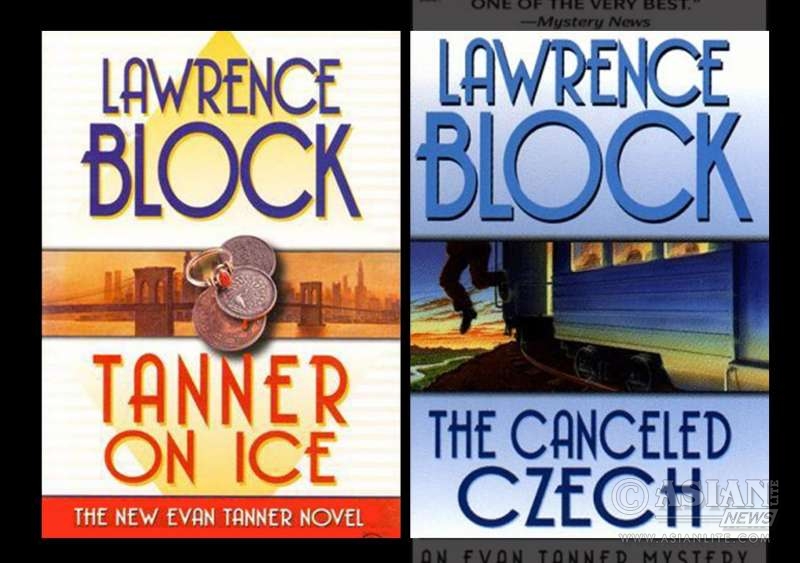 What makes a successful secret agent – at least the ones we read about or see on-screen? Is it the infinite ability to take pains and remember and connect small details, like John Le Carre’s Smiley, or a debonair approach, a way with women and plenty of innovative gadgets a la James Bond? How about the ability to never sleep?

It is this power acquired accidentally that helps American agent Evan Michael Tanner accomplish a range of fiendishly-difficult tasks – instigating revolution in communist Yugoslavia, arranging defections from behind the Iron Curtain, foiling nefarious plots – communist and otherwise – in Southeast Asia, Canada and Afghanistan, tracing from the bush and jungle an escaped African leader who fled with the treasury, and shaking up (rather badly) Myanmar’s military junta.

Unfortunately, he is not as well known as his other famous contemporaries.

Tanner, who served in the Korean War, was hit by a shred of shrapnel which destroyed his brain’s “sleep centre”. Since then he has been awake and used the extra time to learn languages – “he’s fluent in Basque, but has trouble with Chinese” – and join lost causes, political and otherwise.

These include The Flat Earth Society, the League for Restoration of Cilician Armenia, the Internal Macedonian Revolutionary Organisation, the Free Latvian Army, the Irish Republicans, Quebec secessionists, and so on, which help him with a network of sympathisers and helpers in many countries which he cannot enter legally.

Augmenting his $112 monthly disability pension by writing term papers for rich but clueless students, he eventually finds himself working for an American spy organisation so secret that even the CIA doesn’t know about it, and is sent to various exotic locations on complex missions.

Tanner is the invention of prolific American crime writer Lawrence Block, who has hundreds of books under his own name and a string of pseudonyms. Tanner, overshadowed by his creator’s other more famous series of alcoholic private investigator Mathew Scudder and erudite cat burglar Bernie Rhodenbar, still holds his own for a vivid, wicked but informed portrayal of international politics in the 1960s and an uproariously satirical send-up of the espionage genre.

The debut, “The Thief Who Couldn’t Sleep” (1966), sees Tanner go to Turkey to trace a stash of gold hidden by fleeing Armenians in World War I’s aftermath and facing double-crosses galore while trying to recover it. Returning through (then Yugoslav republic of) Macedonia, he triggers an ethnic revolt. Taken into custody by the CIA on his return, he pretends to be working for an ultra-secret outfit – and to his stupefaction, is claimed by it.

“The Canceled Czech” (1966) has him storming an impregnable castle in Prague to rescue an old Slovak Nazi facing the gallows and succeeding – with the unwilling help of Mossad agents and a well-endowed ethnic German girl – but eventually delivering his own justice.

“Tanner’s Twelve Swingers” (1967) has him on his most complex – and hilarious – mission. Talked into helping rescue his buddy’s gymnast girlfriend from then Latvian Soviet Socialist Republic, he begins his trip behind the Iron Curtain from Yugoslavia and then works his way northward, picking up more people and documents to smuggle out – including a dissident politician and the descendant of the Lithuanian king, till in Riga, he finds the entire 12-member troupe wants to defect. How will he manage? Well, there is always the Soviet Air Force’s latest advanced bomber.

“The Scoreless Thai” (1968) takes him to Thailand and war-torn Vietnam, “Tanner’s Tiger” (1968) to Montreal where the Cuban pavilion at the World Expo is dodgy, “Tanner’s Virgin” (1968) has him swim the English Channel on his way to Afghanistan to rescue a friend forced into white slavery – and defeat a purported Soviet-inspired coup, and “Me Tanner, You Jane” (1970) to Modonoland (west Africa) where he has to confront a murderous gang led by a missionary’s daughter who is a maneater in all senses of the word.

He returns in “Tanner on Ice” (1998) where he is resurrected from a cryogenic tank in which he was placed by a Scandinavian agent too fastidious to kill him outright. Slowly taking in a quarter century of political, social and technological development, he finds his old boss is still in action and is sent to Myanmar on a mission of destabilisation, including assassinating Aung San Suu Kyi. But he is his own man.

Block admitted the plots “generally range from far-fetched to absurd” but he had stopped writing them when they grew too close to the truth. Packed with a gamut of memorable characters, abundant hilarity but plenty of darkness and collateral damage too, the series offer a unique perspective of a world seemingly past but still having many resonances to our present – especially on nationalism.