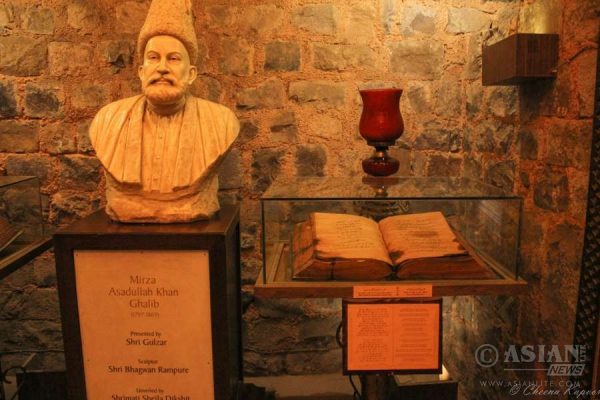 If we compare poetry to a landscape, it would be one that is constantly but gradually evolving with its contours keeping on changing. Features that may have once loomed large may later be barely indistinguishable from the remaining terrain – or perhaps, it is our perception and focus that has changed.

In English poetry, there were times when Sir Philip Sidney, John Donne, Alexander Pope, Robert Southey, Christina Rosetti or Edna St Vincent Millay (and many others) were the best-known but now may only be known to a handful of connoisseurs, or dedicated literary scholars. Urdu was no different.

Mirza Asadullah Khan ‘Ghalib’ is today the most well-known Urdu poet, but in his own time, his contemporary Sheikh Ibrahim ‘Zauq’ was much more well-regarded and followed though now virtually eclipsed. There were scores of others, much feted in their times, but now banished to the boundless void of obscurity – though hopefully not gone so far as they can’t be brought back into current consciousness.

Like, perhaps, this representative from an illustrious cultural city, and credited with being among those who gave a new lease of life to the ghazal.

As his sobriquet indicates, Aziz chose to be identified with the “Dabistan-e-Lakhnau” or the Lucknow School of Urdu poetry. It was however often criticised for its “shallowness”, “undue focus” on linguistic acrobatics and wordplay, expression of sentiments, like love, at a basic, profane level, and a certain coarseness but is this criticism justified?

No, says prominent scholar Khaliq Anjum, who has brought out a selection of Aziz’s works, noting these features were never a representative of the whole school and are mostly seen in a part of the work of a trio of early 19th century poets associated with it. And then these characteristics can also be found in some associated with the rival Delhi school too. And Aziz, even if he dealt with issues of love, brought to it a certain refined sensibility to his verse, he says.

Details about the poet’s life are sketchy, but we know he was born in Lucknow in February 1882 to a family originally from Iran’s Shiraz, was the son of Mirza Mohammad Mehdi, studied at the city’s famed Firangi Mahal seminary, and later was private secretary to deputy commissioner Mirza Mohammad Abbas Khan.

In poetry, he was a protege of Syed Ali Naqi Zaidi ‘Safi Lakhnavi’ and his own proteges included Shabbir Hasan Khan ‘Josh Malihabadi’ and Nawab Jafar Ali Khan ‘Asr Lakhnavi’. His sole published work was his collection “Gulkadah” (1915), which drew appreciation from Iqbal when the second edition appeared in 1931, with him specially singling out this couplet: “Apne markaz ki taraf maayil parvaz tha husn/Bhulta hi nahi alam teri angdai ka”.

This was brief selection with the hope it interests some towards Aziz, who is a delightful and thoughtful poet, and once wrote: “Kab akele is jahan se ham gaye/Le ke apne saath ek aalam gaye”.

Not many could claim this privilege!