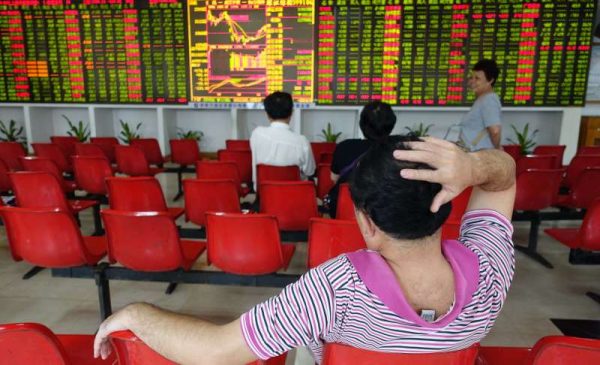 China’s economy continued to slow in the first quarter of 2016, official data showed on Friday, but several key indicators pointed to signs of stabilizing.

The country’s GDP grew 6.7 percent year on year to reach 15.9 trillion yuan ($2.4 trillion), according to the National Bureau of Statistics (NBS).

The growth further narrowed from the previous quarter’s 6.8 percent, which was already the lowest quarterly rate since the global financial crisis, Xinhua news agency reported.

However, the figure was in line with market expectations and remained within the government’s targeted range of between 6.5 and 7 percent for 2016.

Fixed-asset investment rose 10.7 percent year on year in the first quarter, a faster expansion than last year’s 10 percent. Investment in the property sector grew 6.2 percent, accelerating from 1 percent for the whole of 2015.

Industrial output expanded 5.8 percent, accelerating from the 5.4-percent increase for the January-February period.

The service sector grew 7.6 percent, outpacing a 2.9-percent increase in the primary industry and 5.8 percent in the secondary industry. It accounted for 56.9 percent of the overall economy, up 2 percentage points from a year earlier, Sheng said.

A prolonged industrial glut, sagging foreign trade and cooling property investment dragged down China’s growth in 2015 to 6.9 percent, the slowest pace in 25 years.

Owing to those moves, the economy has seen some improvement since the beginning of this year, with exports and industrial profits returning to growth, manufacturing activity picking up and power use accelerating.

Earlier this week, the International Monetary Fund raised its forecast for China’s growth in 2016 and 2017 to 6.5 percent and 6.2 percent respectively, both up 0.2 percentage points from its January predictions.

Sheng said there are signs of China’s economy “bottoming out,” but warned of persisting downward pressure due to uncertainty in the global economy and difficulties in the country’s structural shift to consumption-driven growth and entrepreneurship.

It will take more time to tell if the stabilisation can last, he acknowledged.

With credit accelerating and growth stabilising, the urgency to push ahead with monetary easing is reduced, while fiscal policy will do more of the work, said Tom Orlik, chief Asia economist of Bloomberg.

Newly-added social finance, a gauge of funds that firms and households get from the financial system, amounted to 2.34 trillion yuan in March, up 1.51 trillion yuan from February, central bank data showed on Friday.