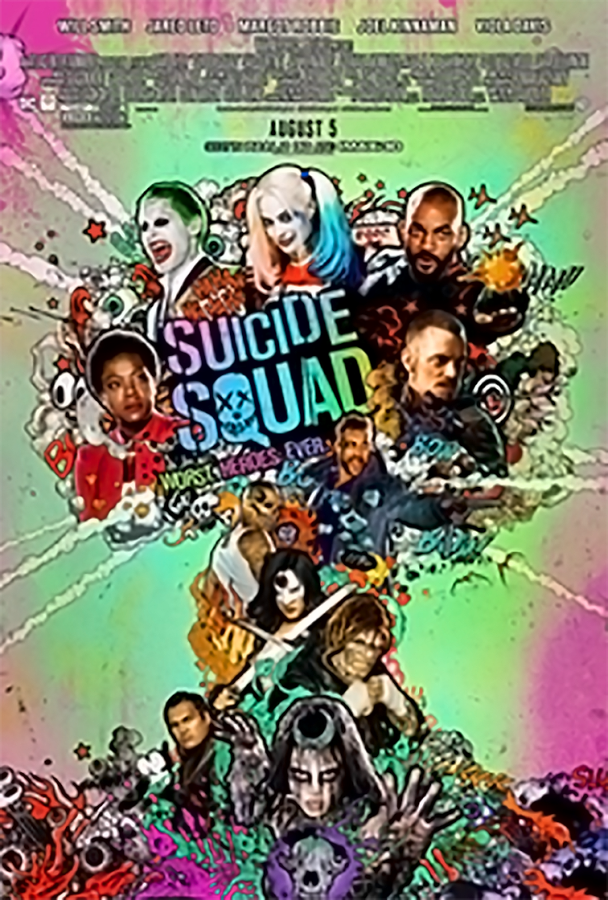 Director David Ayer’s “Suicide Squad” is strictly for DC Comics’ fans who don’t mind a convoluted, mindless and logic-defying plot. After all, it is a fictional, comic universe — a fantasy.

This superhero film, based on the comics’ antihero team of the same name, is the third instalment in the DC Extended Universe.

Stylishly mounted on an irrational and nonsensical, wafer-thin premise, the plot is intricately elaborate and complex. The narrative takes off after the last edition, “Batman v Superman”, where, in the aftermath of Superman’s death, and warnings of terror attacks, Intelligence Operative Amanda Waller (Viola Davis) assembles a team of “Psychotic antisocial freaks,” to be used as disposable assets in a highly risky mission for the United States Government, in exchange for clemency.

The villains are: The exterminator Floyd Lawton (Will Smith) aka Deadshot; Harley Quinn (Margot Robbie), a crazy and fearless psychiatrist who falls in love with her patient, a psychopathic criminal called Joker (Jared Leto); An Aussie called Captain Bomberang (Jai Courtney) who uses the boomerang as his defence missile; Pyrokinetic Homeboy El Diablo (Jay Hernandez); Waylon Jones (Adewale Akinnuoye-Agbaje) aka Killer Croc “a cannibal with rage issues, who suffers from a skin condition that causes him to develop reptilian features; the mask-faced Tatsy Yamashiro (Karen Fukuhara) aka Katana, a martial art expert, who is deadly with the samurai sword that’s haunted by her slain husband’s spirit; and Christopher Weiss (Adam Beach) aka Slipknot, an assassin expert in tactical grappling and scaling.

During an active terrorist attack, the villains are forced to work together with the Task Force X under the command of the officer Rick Flag (Joel Kinnaman). How the super-villains fight the dark monsters and battle their own survival forms the crux of the tale.

Writer-director David Ayer’s script actually follows the misadventures of the group and attempts to have fun or at least tries to with well-choreographed action sequences and punch packed dialogues that internalise the humour. And this is proved when, at one point in the narration, Flag says, “We almost pulled it off,” and “Don’t forget we are the bad guys”.

There are too many characters, yet a precious few, who even come close to resembling actual human beings. But the script actually works on their human traits of bad guys having a heart by sharing their weak moments. It especially does with Floyd Lawton, who shines from time to time when he spends some precious moments with his daughter portrayed effectively by Shailyn Pierre-Dixon. Floyd hopes to reunite with her, once his mission is over.

Of all the characters it is only Margot Robbie as the unpredictable Harley Quinn who stands out. In a figure hugging t-shirt and micro short, armed with a baseball bat and a spunky attitude, she saves the day for the Suicide Squad. Her onscreen chemistry with her love interest, the Joker is short-lived as the Joker is one of the many insignificant characters of the tale.

On the technical front, the film, with its high production values which include 3D effects, keeps you hooked. The pace in the first act is languid as the narrative does not move forward in any meaningful way, despite being compressive. And as the story progresses in the second and the third act the layers peel the sheen and joy of viewing.

Overall, as mentioned earlier, the film would appeal only to DC Fans. For others it would be a loud and noisy affair.