If you’re in Mumbai and wondering how to watch the latest Malayalam film, then just head to the nearest multiplex, for you might be pleasantly surprised to catch the film with English subtitles. With the emergence of multiplexes, Malayalam films have found audiences beyond boundaries and in the process have conquered new lands.

Although Malayalam films have been releasing outside Kerala for many years, they have attracted non-Malayali audiences in the last few years.

“Cities like Coimbatore, Mysore and some places in Gujarat have been screening Malayalam films for many years. Traditionally, it has always been one show in the morning during the weekends. However, it all changed when multiplexes replaced single screens, paving way for many shows on a single day,” Sreedhar Pillai, trade analyst and industry tracker, told .

Pillai pointed out that the market is slowly expanding thanks to multiplexes.

“The new-age Malayalam movies with English subtitles are attracting non-Malayali audiences too. A film like ‘Jacobinte Swargarajyam’ ran for four weeks in Vijayawada, and that’s a rare feat,” Pillai said, adding that strong marketing and distribution has also helped these films.

According to producer Prem Menon of Global United Media, language has never been a barrier for good content.

“Audiences have become more aware. With internet, the world has shrunk and producers have to be careful of what is dished out to the audience. Today, good content has no boundaries and we have realised this with hits like ‘Premam’ and ‘Bangalore Days’,” Menon said.

In Mumbai, both “Premam” and “Bangalore Days” celebrated a 50-day run in theatres.

“Mohanlal’s ‘Drishyam’ ran for 100 days in Mumbai. Post ‘Drishyam’ and ‘Bangalore Days’, the percentage of non-Malayali viewers of Malayalam films has increased, because these movies make it to Mumbai on the same day of the release in Kerala,” Sethumadhavan, a Mumbai-based independent film critic, told . 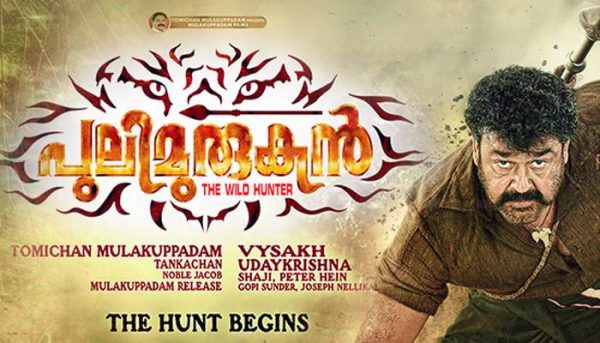 “Every second week, there’s a Malayalam release in Mumbai. Popular Malayalam actors like Nivin Pauly, Dulquer Salmaan and Prithviraj have very good market outside. A Nivin film, especially after ‘Premam’, would get around 20 screens in Mumbai,” he said, and added that on an average a successful Malayalam film would collect around Rs 2 million from Mumbai alone.

While admitting that actors like Nivin and Dulquer have opened the doors for Kerala films outside, Menon said: “These young actors have an appeal among the youth but one shouldn’t forget that stars like Mammootty, Mohanlal and Jayaram have made a mark outside Kerala much before.”

Typically, a Malayalam film releases in around 40-50 screens in north India.

“Besides Mumbai, a Malayalam film releases in five to six screens in Pune, three to four screens in Delhi and eight to 10 screens across Gujarat. In the south, outside Kerala, it also releases in Chennai, Hyderabad and Bangalore,” Sethumadhavan said.

Global United Media’s latest Malayalam release “Kammati Paadam” had a wide release and made it to cities such as Chennai, Hyderabad, Bangalore, Mumbai, Pune, Delhi, Goa, Mysore and Vishakhapatnam.

“The pre-release buzz of ‘Kammati Paadam’ helped in its wide release. The excellent response to the film’s teaser, which clocked over 500,000 views in less than a week, helped in creating lot of anticipation before the release,” Menon said.

With the market for Malayalam films outside Kerala expanding with each passing day, Menon believes it’s how one can cleverly tap this situation to reap maximum benefit.