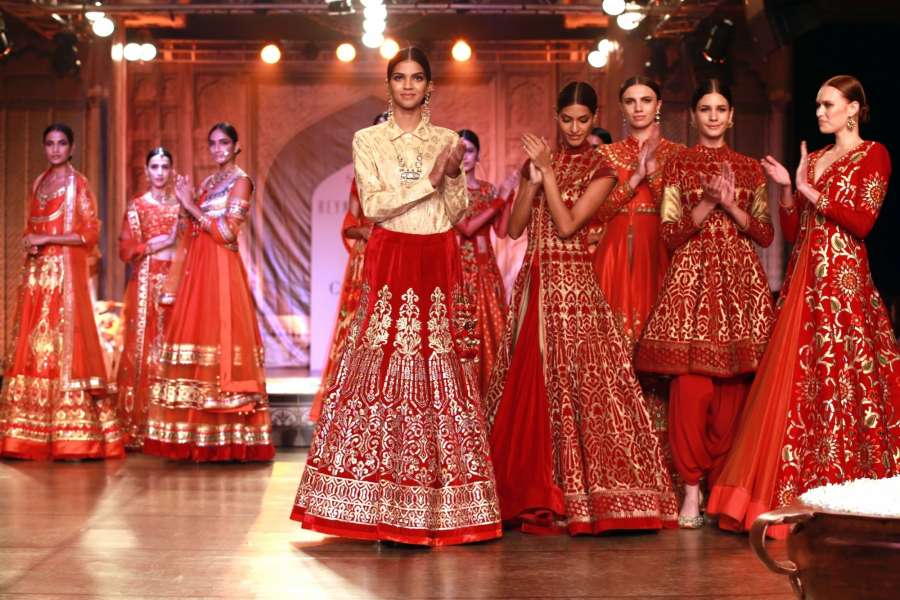 “Chin up, keep your back straight and don’t try to act cool.” Models often get to hear these words from choreographers of fashion shows. But are they okay with the rule to put their phones down during rehearsals? Before the second edition of the North East India Fashion Week (NEIFW) took off here on Friday, about 30 models were seen perfecting their walk on the stage at the multipurpose cultural centre here.

Amidst the loud music, Opang Jamir, who is directing and choreographing over 20 shows at the three-day event, was heard telling the models to keep their phones away. He even barred them from taking selfies.

“Phones hamper practices. You can’t concentrate on your walk with your phones constantly ringing. Models have to listen to the beat of music and feel the music. That’s why I always tell them not to use phones. After practice, they can use their phones,” Jamir, who represented India at Mr International 2012 in Bangkok, told IANS here.

Durlave Kakati, a model from Assam, agrees with him.

“Opang treats us well. He himself is an established model. So, if he tells us to stay away from phones for a while, it’s okay. We need to respect other models and designers,” said the 22-year-old, who watches FTV to learn the nuances of the ramp walk.

“It’s fair. We need to concentrate on our sequence. If our mentor is suggesting us to do something for our own good, then we should do it. It maybe a small thing, but it’s the small things that help people to succeed in life,” said Likha, who wants to be India’s top model some day.

Jitika Devi, from Assam, failed to clear the model auditions conducted by the prestigious Lakme India Fashion Week last month in Guwahati. So when she got to know that Jamir is choreographing the shows of the NEIFW, she was thrilled.

“He is known nationally and has the experience in the field. So, he knows what he is doing and saying. I think we should have such rules (putting phones away during rehearsals),” she said.

“You need to pay attention on your walk. Once you are free, you can use your phone. I am sure we all can live without our phones for an hour or so,” she added.

Fashion stylist and groomer Siddhartha Barman also gave a thumbs up to the rule.

“It’s absolutely fair. Models keep checking their WhatsApp or Facebook during rehearsals. That’s not right. Apart from disturbing others, some of them end up sharing too much information about the show by posting photographs or videos online,” he said.

“There are times when designers want to keep certain things under wraps. Posting photographs after the show is fine, but while practicing, it’s not the right thing to do,” he added.

NEIFW is hosted by designer Yana Ngoba Chakpu, who hails from Arunachal Pradesh and is based in Guwahati, Assam. The fashion gala, which will conclude on Sunday, is an attempt to promote the weavers and designers of northeast India.