The handset legacies have to understand the changing needs of the Next-Gen smartphone users, and act, writes Nishant Arora

Just a few years ago, seeing an Indian youth with a Nokia or an office-goer with a BlackBerry device on the road was a common sight. In 2009, about 70 per cent of smartphones sold globally had operating systems offered by BlackBerry and Nokia and the two stalwarts were going strong.

But even tech leaders can, at times, fail to gauge when a particular phenomenon go extinct.

The mobile operating systems offered by Google, Apple and Microsoft, which account for nearly 99 per cent of sales today, were in less than 25 per cent of mobile devices sold at that time, says a recent blog post by WhatsApp which has decided to end its support to BlackBerry phones and those powered by Nokia’s Symbian OS by the end of this year.

After acquiring Nokia for $7.2 billion in 2013, Microsoft soon realised it made a big mistake and is now selling off Nokia’s phone-making business to Apple’s supply-chain partner Foxconn. With the Nokia acquisition, Microsoft actually placed a bet on hardware which has never been its strength.

On the other hand, Canadian mobile company Blackberry reported a $670 million loss in the first fiscal quarter this year — its biggest loss in over two years.

Is it time for Nokia and Blackberry to quit the smartphone business? 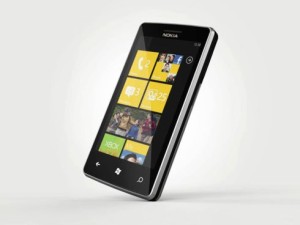 “Blackberry can’t catch up on the plethora of offerings iOS and Android players are providing with their vast ecosystem. The surge in vendors offering android devices at competitive prices dominate the smartphone market globally. Similarly, Windows-based smartphones are likely to decline sharply given the fact that Nokia is no longer a part of Microsoft,” says Karthik J, Senior Market Analyst (Client Devices) from International Data Corporation (IDC).

“The high-end Blackberry Priv (based on Google’s Android OS) smartphone was a drastic approach the vendor took to revive by moving away from its homegrown OS to Android but failed to create ripples in the market,” Karthik told IANS.

According to experts, Blackberry was a little late in coming up with an Android-based smartphone.

“Priv is launched at the premium end which accounts for a smaller pie of smartphone market and dominated by Samsung and Apple. Smartphone market is already highly populated with numerous vendors offering products across multiple price segment. Also, adding to this is the fact that smartphone market’s growth is saturating in key markets like the US and China,” Karthik told IANS.

It is not just WhatsApp that decided to end support for BlackBerry OS 10 services by the end of this year. Facebook too is leaving the BlackBerry platform after announcing it will discontinue support of its application programming interfaces (APIs) for BlackBerry.

“BlackBerry needs to focus on feature phone market and concentrate when it comes to India if it wants to beat Chinese and established players in the country. They always had top-of-the-line security and they can still cash on it in upcoming devices when data security is the buzzword,” notes Vishal Tripathi, Research Director at global market consultancy firm Gartner.

According to Faisal Kawoosa, Lead Analyst with CyberMedia Research (CMR), a market research firm, one of the key strengths for BlackBerry has been security and software. “They should become a technology company, licensing their solutions to original design manufact

urers (ODMs) rather than attempting and reattempting to emerge in the smartphones,” Kawoosa told IANS.

“The recent developments indicate that the pioneer of the smartphone should now take up things differently and look up to strengthen its Android platform and in creating some great hardware too,” notes Krishna Mukherjee, Analyst (Telecoms) at market research firm CyberMedia Research (CMR).

When it comes to Nokia, with a proper revival approach, the Finnish company still holds a good chance to make a strong re-entry into the highly populated smartphone market in India.

“Nokia continues to have a strong brand perception in India especially in lower tier cities and with its in-depth knowledge of the market, possibly it is still not too late for Nokia to make a comeback,” Karthik told IANS.

According to Kawoosa, Windows still is the default enterprise OS and mobility is an extended piece within enterprise communications. “So there is a connect. It is only that Microsoft has to develop the solid links. There have to be compelling reasons,” he suggests.

“The only way out for Nokia would be to go back to its roots and spin all its strategies from scratch. Again, Nokia’s strength has been its technology orientation. It should focus on research and development and license its technology and patents to the mobile world,” adds Kawoosa.

All is not lost yet for Nokia and Blackberry, the two handset legacies of our times — if they understand the changing needs of the Next-Gen smartphone users, and act.