Tribal tourism is an area still in its infancy. However, Bangladesh has numerous tribal villages where such tours are arranged. Here is a look at tribal tourism in Bangladesh by Subhadrika Sen

While speaking of tourism, what comes to our minds naturally are the Pyramids of Giza, The Statue of Liberty or the exotic destinations of The Caribbean Islands. However, those who are inclined towards the cultural aspects of tourism, might find tribal tourism as ‘exotic’ and worthy of being on their bucket list. Tribals are a minority as well as a vulnerable population who mostly reside in the villages and remote areas of a country. To be honest, there are many tribal villages whose name one has never heard of, or do not feature in most maps. But that does not mean that they are non-existent. In fact, the rich culture, traditions and heritage that these tribal villages hide within their boundaries is a treasure trove of knowledge in itself. 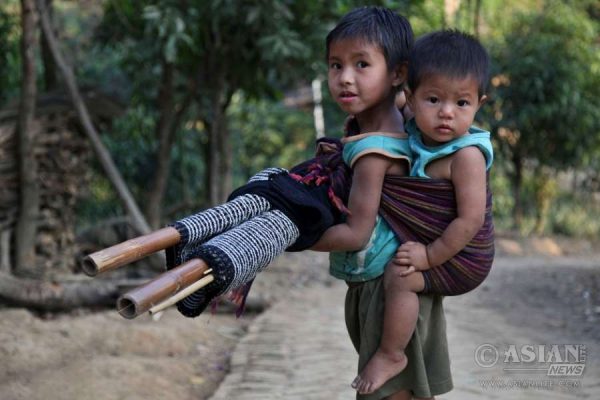 Bangladesh is one such country which has quite a population of tribals residing within its borders. Frankly speaking, these tribals have faced cameras during certain documentaries made on them. They have also allowed tourists to enter their villages for a day or so, so that the visitors get a feel of the tribal community. But, tribal tourism as a whole is not promoted enough and is not taken up enough by tourists. Tribal tourism has its own pros and cons, discussing which, deviates the agenda of this article. The focus groups here are three different tribal village communities in Bangladesh.

The Khashia Tribal village lies near the tea and betel leaf plantations. This gives a huge boost to the economic conditions of the individual families living here. Both men and women work in the nearby plantations, while the children attend schools and play around all day long. It is recommended that if one is to visit this village, one should contact the village chief first. The village chief is respected by the entire tribal population and if the village chief trusts the tourists, the villagers would become more comfortable in having them around. These tribals are very close to nature and has lived in harmony with Nature from time immemorial. In the true sense, they are probably the only ones, in this rapidly developing world who resides close to Nature; respects and takes care of it like no other.

The Oraon Tribes are local aborigines of Bangladesh. With time, many such families have shifted to being farmers and some have migrated to the tea estates. The Oraon village is famous for its tribal folk. The music, dance, songs and musical instruments originate in the boundaries of this village. In fact, it is a common site to see the villagers return home after a hard days work and gather round the fire to celebrate life through songs and dance. Local musical instruments like the Mandar, Nagara and Kartal are often manually made here with whatever best amenities they can gather. In the Youtube documentary too, the background score was that of a locally composed song. During overnight stay at tribal villages, such song and dance is a ritualistic part of every night. Most villagers gather round and have dinner together amidst such celebrations. Interestingly, on a closer look one can say that they celebrate the essence of life; the essence of existence. They do not need official festivals on their calendars to celebrate. Their daily existence is a result of celebrating nature and worshipping it with an open heart.

The Tripa village is famous for its hand-woven garments. Many times, these talented tribal are engaged into weaving garments and local attires. It takes manual labour and a long time to weave such garments and thus hand-loom industries are suffering a major setback in the global markets. But, going on a tribal tourism and not witnessing some live hand-woven garments would mean to miss a lot.

These three tribal villages in Bangladesh uphold three important facts of tribal tourism, which are- folk culture, local industries, and daily routines of the villagers. These three are the main parameters when it comes to exploring a new culture. Those apart, comes local attires, cuisines, languages and the lot. Tribal Tourism in contemporary times is rising, but within limits. Tribal tourism depends a lot on the tourist’s personal choices, ability to adjust to an alien environment as well as preserving the sanctity of the locals.

Bangladesh Tourism offers specialised packages for such Tribal tourism. But is very careful to not allow an overload of tourists; doing so might disturb the peace of the tribal community.